Gasoline from Air and Water 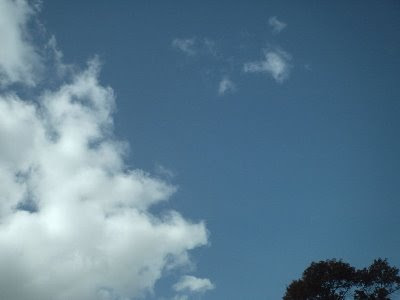 the Earth's atmosphere, greenhouse gases that are melting our polar ice caps, raising global sea levels, and causing more extreme climate conditions around the world. The coal and natural gas power industry has looked looked towards future technologies for the on site capture of flu gas in order to recover and sequester carbon dioxide. However, there is no cost effective technology for capturing the CO2 from the mobile producers of carbon dioxide: automobiles, trucks, aircraft, and sea craft.
But there are new technologies that are rapidly being developed that may eventually divorce carbon dioxide polluting sources of energy from the need for on site capture and sequestration of carbon dioxide. These devices are sometimes referred to as mechanical trees. But what they do is to simply extract and recover carbon dioxide from the atmosphere. And these future technologies appear to be far more efficient at extracting CO2 from the air than the plant life on our planet.

Some argue that these carbon dioxide from air extracting technologies could be the saviors of the fossil fuel industry. Ironically, such future technologies could also eventually lead to the complete extinction of fossil use on this planet if the CO2 taken from the atmosphere is used in combination with hydrogen from water to produce hydrocarbon fuels such as: gasoline, methanol, diesel fuel, jet fuel, and dimethyl ether.
Hydrogen

Because the combustion of hydrogen produces only energy and water, hydrogen via the electrolysis of water through hydroelectric, nuclear, wind, and solar 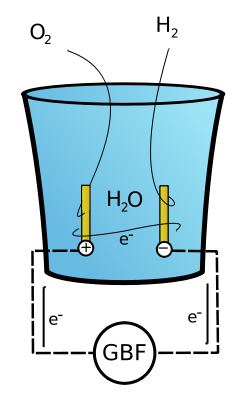 has often been proposed as a replacement for hydrocarbon transportation fuels. Liquid hydrogen fuel has been used in US space craft since the days of the Apollo Moon program. And liquid hydrogen has also been frequently proposed for future generation subsonic and hypersonic airliners and aircraft. Hydrogen fueled buses now transport commuters in many urban areas in the US. And hydrogen automobiles have been demonstrated by many automobile companies around the world .

However, hydrogen automobiles have a substantially shorter range than hydrocarbon fueled vehicles and are a lot less efficient than electric vehicles. Refueling hydrogen vehicles also takes much longer than refueling with gasoline, ethanol, or methanol. Because of the hydrogen embrittlement of metals like steel, hydrogen pipelines are more expensive to maintain than natural gas and oil pipelines. Aircraft, seacraft and ground vehicles, and the infrastructure associated with these vehicles, would also have to be completely replaced if we completely replaced our fuel economy with hydrogen.
Hydrocarbon fuels from CO2 and hydrogen

Alternatively, there are several demonstrated methods for synthesizing hydrocarbon fuels by utilizing carbon dioxide in combination with hydrogen which could allow a country to avoid any major overhaul in its transportation energy infrastructure.

Chemist have known how to produce methanol from hydrogen and carbon dioxide for more than 80 years:

Methanol is mostly used as a feedstock for making other chemicals. But methanol can be converted into dimethyl ether (DME), a fuel that can be effectively used in diesel engines equipped with new fuel injection systems. The fact that dimethyl ether produces no black smoke, soot, or sulfur dioxide is an clean advantage it has over diesel fuel.

Methanol can also be converted into high octane gasoline via the Mobil Oil methanol to gasoline (MTG) process. Back in the 1980's, the New Zealand government produced 600,000 tonnes of gasoline a year from methanol derived from natural gas using the MTG process.

Methane gas can also be synthesized from hydrogen and carbon dioxide:

And methane can also be converted into diesel and jet fuels via Fischer-Tropsch and hydrocracking processes.

Plants capture carbon dioxide from the atmosphere while utilizing sunlight to convert the CO2 into starch. During photosynthesis, trees, for instance, convert carbon dioxide and water into starche molecules and oxygen through a series of oxidation and reduction reactions:

Some farm crops and trees can produce up to 20 metric tons per acre (4047 square meters) of biomass a year. One tonne of dried tree consist of 0.45 tonnes of carbon which would translate into the extraction of 1.65 tonnes of carbon dioxide annually extracted from the atmosphere. That's 33 tonnes of CO2 per acre extracted on an annual basis.
Even though the concentration of CO2 in the Earth's atmosphere is a meager 0.04 per cent, companies like GRT (Global Research Technologies) in Arizona and Canadian researchers at the University of Calgary have already built machines that can extract carbon dioxide from the atmosphere far more efficiently than any tree or any other source of biomass. GRT claims that its carbon dioxide air extraction system is a thousand times more efficient than a tree of equal size. 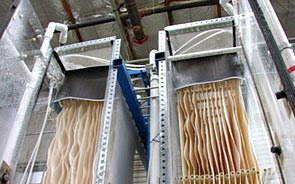 The University of Calgary team has shown that they could capture CO2 directly from the atmosphere with less than 100 kilowatt-hours of electricity per tonne of carbon dioxide. Their carbon dioxide from air extraction tower was able to capture the equivalent of about 20 tonnes per year of CO2 on just one single square meter of air scrubbing material. Astonishingly, this suggest that even the most conservative estimates would allow these CO2 extracting machines to produce more than 80 thousand tonnes of carbon dioxide per acre annually. 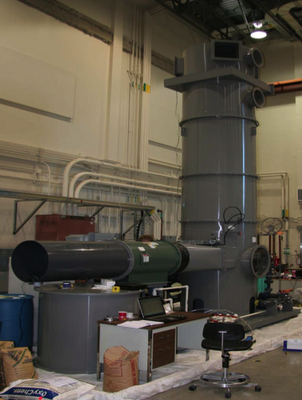 At the Los Alamos National Laboratory in Los Alamos, New Mexico, F. Jeffrey Martin and Williams L. Kubic, Jr. have developed the Green Freedom concept for using the cooling towers of nuclear reactors to extract carbon dioxide from the atmosphere for the production of gasoline and methanol. 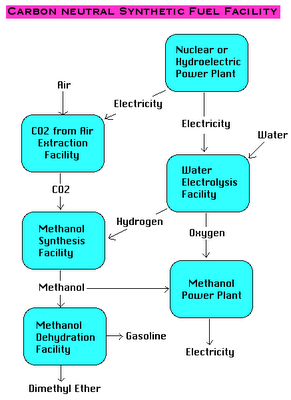 They argue that a 1 GWe power plant using their Green Freedom method could produce 18,000-bbl/day of gasoline or 5000 tonnes a day of methanol.

Carbon neutral hydrocarbon synfuel production at nuclear and hydroelectric facilities would not only allow such power facilities to produce transportation fuels and industrial chemicals, they would also allow them to pump methanol and oxygen up to 80 kilometers away to high efficiency power plants for the production of peak-load and back-up-load electricity and commercial waste heat. Nuclear power plants could therefore not only produce base-load electricity but could also supply methanol fuel to replace greenhouse polluting natural gas power plants which are used for daytime peak-load energy and back-up energy for wind and solar power plants.

In 2006, the US consumed nearly 21 million bbl/day of petroleum for transportation fuel and industrial chemical use. If we assumed that nuclear power plants replaced all of the petroleum used in the US in 2006, that would roughly require more than a thousand new 1Gwe nuclear reactors, over 1000 GWe of electrical capacity. Existing nuclear sites that already have nuclear reactors could probably add an additional 200 to 300 Gwe of capacity. However, if one large centralized nuplex (nuclear park) with about 30GWe of average electrical capacity were set up in every state in the union, then that could add an additional 1500 GWe of electrical capacity, more than enough to replace all of our petroleum needs today and probably our needs 30 years from now.

If the new Obama administration is going to invest substantial R&D money into new energy technologies, I would strongly suggest investing in the fast tracking of these carbon dioxide extraction from air technologies that could revolution synfuel production by helping to achieve US independence from the petroleum fuel economy while protecting the global environment from the dangers of global warming and climate change.

4. Snatching Carbon dioxide from the Atmosphere

12. The Case for Carbon Dioxide Extraction from Air

15. G. Olah, A. Goeppert, and G. Prakash, (2006) Beyond Oil and Gas: The Methanol Economy, Wiley-VCH Verlang, Weinheim, Germany
A New Papyrus Publication
Posted by Marcel F. Williams at 10:12 AM

Carbon can be recovered from CO2 and hydrogen from water. However getting rid of oxygen shall take energy. Plants take this energy from sunlight, free, Human input of energy is going to cost a lot unless nuclear energy is produced at low cost and put in directly avoiding 60-70% loss in conversion to electricity.

Oxygen should be a valuable resources from synfuel production at nuclear power plants. Waste oxygen can be used for methanol power plants as my illustration shows but could also be used to increase the electrical efficiency of urban and rural biomass power plants.

Waste oxygen can be released to the atmosphere