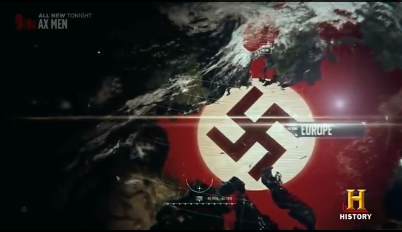 Posted by Marcel F. Williams at 7:55 PM No comments:

By 2017,  American astronauts should be back in space aboard American made and launched private commercial vehicles. 2017 will also be the year that NASA launches it first true heavy lift vehicle since the days of Apollo.

But  the Space Launch System could also be utilized to do a lot more.

The SLS could be used to deploy a reusable cis-lunar architecture that could give passengers aboard Commercial Crew vehicles easy access to the surface of the Moon and to other commercially viable regions within cis-lunar space.

Below is a possible scenario that could make this happen by using a standard reusable ETLV (Extraterrestrial Landing Vehicle) derived architecture, starting in the year 2021.

Derived from the Extraterrestrial Landing Vehicle (ETLV), the WFD (Water Fuel Depot) OTV (Orbital Transfer Vehicle) will utilize the same  cryotanks used for the ETLV-2. But these will be five in number instead of two, fixed within a higher cruciform in order to enhance the depot's ability to store the maximum amount of cryofuel. The WFD-OTV-5 would be capable of storing nearly 70 tonnes of LOX/LH2 fuel in addition to more than 100 tonnes of water. However, when the WFD-OTV-5 fuel depot is initially deployed at EML1 by the SLS upper stage, it will contain only 20 tonnes of fuel and no water because the SLS upper stage will only be able to deliver a little more than  30 tonnes to the Lagrange point.

The first ETLV-2 mission to the lunar surface under this scenario will be an unmanned mission to the South Lunar Pole. But first the SLS will launch The ETLV-2R will be launched by the SLS to the fuel depot at  EML1. Although the ETLV-2R would be nearly fully fueled, some additional fuel would be required  in order  for the vehicle's return to the Lagrange point after landing on the lunar surface.

Once on  the lunar surface, a variety of small mobile robots will be deployed to explore the polar region, test water extraction technologies, and return a variety of samples from lunar regolith. After a few days, or a few weeks, the ETLV-2R will return to L1.

A similar mission will occur with the third launch of the SLS in 2021. But the unmanned destination will be the North Lunar Pole. Again, after  a few days, or a few weeks, the ETLV-2R will return to L1.

The fourth launch of the SLS that same year will be the first manned mission of the MPCV. Astronauts will be sent to EML1 to dock with both  ETLV-2 vehicles in order to retrieve the lunar material for return to Earth. The SLS upper stage will also carry nearly ten tonnes of water destined for the L1 fuel depot. The WFD-OTV-5 will convert this water into liquid hydrogen and oxygen, producing more than enough fuel to replace the extra fuel extracted by a single ETLV-2 on its way towards a round trip to the lunar surface.

Astronauts will return to Earth aboard the CM of the MPCV, demonstrating the vehicle's ability to travel within cis-lunar space while also bringing back precious regolith samples from the north and south lunar poles.

The first SLS launch of 2022 will send the C-ETLV-4 lunar cargo vehicle directly to the lunar surface. An ATLETE robot will deploy two small mobile excavators, two mobile sintering robots, and a single back hoe for depositing regolith into the walled interior of human habitat structures.


The ATLETE robot will be routinely relied upon to unload habitats and machines from future C-ETLV-4 missions to the lunar surface.


The mobile excavators will be used to remove rocks and level the surface area for eventual sintering. Mobile sintering machines will move over the paved area using microwaves to melt the lunar regolith, creating a hard sintered layer approximately 0.5 meters deep and a smooth  solid surface approximately 3 to 5 cm deep.  Two widely separated  areas will be prepared by the excavators and the sintering machines. One area will be for the deployment of the Lunar Regolith Habitats. The other area will be exclusively prepared for landings by the ETLV-2, C-ETLV-2, Reusable Water Tankers, and  lunar fuel depots. Both areas will be connected to each other by a paved and sintered road perhaps a kilometer or more long.

The battery powered or fuel cell powered back hoe won't be utilized until the Lunar Regolith Habitats are deployed.
The second launch of the SLS in 2022 will deploy the Lunar Regolith Habitat. The ATLETE robot will remove the habitat from the top of the C-ETLV-4 and transport it to the sintered area previously prepared for human habitat occupation.

Once it is in position, the LRH-1 will automatically expand its solar panel to recharge the habitat batteries. An SLS hydrogen tank derived pressurized habitat will automatically expand its wall panels to produce a rigid and continuous wall around the pressurized area, creating a 2 meter wide cavity between the wall and the pressurized habitat. The lunar back hoe will deposit lunar regolith inside of the cavity to the top of the regolith wall which will also extend approximately two meters above the top level of the pressurized habitat. This will provide astronauts, scientist, and other visitors to the habitat with thermal and micrometeorite protection while also protecting them from the radiation of major solar events and while also reducing their annual exposure to cosmic radiation to levels below that required for radiation workers on Earth. This will allow astronauts and scientist to continuously remain at such habitats for more than a decade without coming close to their lifetime NASA limits for radiation exposure.

Within the 8.4 meter in diameter pressurized housing, there would be two levels each with approximately  55 square meters of area. So each habitat level would be about the size of a one bedroom apartment on Earth. In total, these two levels would have more floor area than the average family home in Great Britain.  Airlocks derived from the ETLV tanks would be located below the pressurized habitat area.

The last two SLS launches in 2022 will send the ETLV-2 and the MPCV to EML1. Again, the water will also be delivered to the fuel depot at L1 during the MPCV launch to EML1. After adding additional fuel, the ETLV-2 will deliver six astronauts, four Americans and two foreign guest  to the lunar surface. But they will only spend a few days or a few days on the lunar surface to inspect the lunar habitat and to collect more lunar samples.   The ETLV-2 will return the astronauts back to EML1 where it will dock with the MPCV for the crews return to Earth. The ETLV-2 will remain at L1 for future use once new fuel is being manufactured at L1 from lunar water resources. And it will be part of a fleet of three reusable vehicles starting in 2025.

2023 will end with another pair of SLS launches for the ETLV-2 and MPCV  in order for another temporary human  visit to the lunar outpost .

2024 will open with the SLS launch of a C-ETLV-4 to the lunar outpost. The ATHLETE robot will deploy two mobile water tankers plus a twin pair of Water Bug  microwave water extraction vehicles. Each Water Bugs should be able to extract as much as one to two tonnes of water from the lunar ice deposits per day. Excess water that can't be accommodated by the fuel depot, the mobile tankers, and the lunar habitats will be stored in water bags at the outpost.

Two SLS launches will end the year, bringing the first long term inhabitants to the lunar outpost. Some of these individuals will remain on the lunar surface for more than a year simply to determine if there are any deleterious physical or psychological effects for human individuals after living in a low gravity environment for more than a year. Before the first human attempts to venture to the orbit of Mars and to the Martian surface, some astronauts will have to eventually stay on the lunar surface as long as four years.  The results of these simple human test on the lunar surface could have enormous implications for humanity's future in the rest of the  solar system.


A single SLS launch in 2025 will deploy two reusable lunar water tankers to the lunar outpost. Each vehicle will be capable of transporting more than 50 tonnes of lunar water to the EML1 fuel depots per flight while still being able to return to the lunar surface. With their CECE engines, each vehicle should be capable of at least ten round trips between ELM1 and the lunar surface before their engines or the entire vehicle is replaced.


A single SLS launch will be used to deploy three partially fueled Orbital Transfer Vehicles (OTV-2) to LEO. Three expandable aerobrakes will accompany the three vehicles into orbit. Each OTV-2 will have enough fuel to reach the fuel depots at EML1. The OTV-2 is simply an ETLV-2 without the landing legs. So there will be minimal development cost for the vehicle. The aerobrake will be required in order to minimize fuel utilization upon returning from the Lagrange points to Earth orbit.

The deployment of the reusable OTV-2 vehicles will  mean that an SLS launch of the MPCV will no longer be necessary in order to transport astronauts to the Earth-Moon Lagrange points. However, NASA astronauts will still need to be able to get to LEO in order to access the OTV-2. But by 2025, NASA should have a wide variety of  Commercial Crew and foreign vehicles available to give NASA astronauts access to orbit.

A single SLS launch will deploy two additional fuel depots (WFD-OTV-5) to LEO. One will use its own engines to reach EML1 while the other will remain at LEO to refuel the OTV-2 vehicles. Once a  LEO fuel depot begins to run low on fuel, it will transport itself to EML1 to be refueled with water from the lunar tankers in order to manufacture enough fuel for its redeployment back at LEO.

The final SLS launch in 2025 will be to deploy an SLS hydrogen fuel tank derived habitat with an internal hypergravity centrifuge to EML1. Lunar water exported to L1 will provide enough radiation shielding for the Lagrange point habitat to protect astronauts from a major solar event. The deployment of the lunar water shielded Skylab II will be first test  of a potential interplanetary habitat for possible manned missions to the orbit of Mars.