The Palo Verde nuclear site in Arizona is the largest power plant in the United States, generating 3.3 GW (gigawatts) of electricity. But existing nuclear sites can be much larger. The Kashiwazaki-Kariwa nuclear site in Japan has seven  nuclear reactors  with a gross installed capacity of 8,212MW.

Of course, building new nuclear power plants has been politically and economically difficult  in the US for decades even though commercial nuclear power has the lowest fatality rate of any electric power producing facilities. And even some existing nuclear sites in the US are scheduled for complete decommissioning.  However, a new generation of small nuclear reactors could make it safer and cheaper  for existing nuclear sites in the US to produce substantially more carbon neutral electricity.

In Portland, Oregon, a company called NuScale is developing a new type of Small Modular Reactors (SMR) that could be centrally mass produced and transported (in three segments) by truck, rail or by barge practically anywhere in the world.

1. They're inherently safe. The  large surface area to volume of the small 60 MWe reactors doesn't physically allow the nuclear fuel contained in these reactors to ever get hot enough for the fuel to melt.  Even if water is totally evaporated or lost from the reactor, the surrounding air will still provide enough natural cooling for the nuclear material to remain solid. While commercial nuclear power is still the safest way to produce electricity per kilowatt produced,  replacing existing nuclear power plants with NuScale units should increase nuclear safety substantially more.

3. A power producing facility can operate in packs of up to 12 reactors (720 MWe) so that the plant can continue producing electricity while one or more of the reactors is being removed for refueling

4. A NuScale 720 MWe facility would only require 60 acres (18 hectares) of land. A  wind powered facility that could produce a similar amount of electricity would require  130,000 acres (200 square miles). A centralized solar power plant would require 32 to 54-- square kilometers-- of land in order to equal the electricity production of an 18 hectare 720 MWe NuScale facility.


Current nuclear power plants require 1.3 square miles for a single 1000 MWe nuclear facility. And most existing nuclear sites were originally designed to accommodate two to four 1000 MWe reactors. So, in theory, the 2.6 to 5.2 square miles in area of current nuclear sites could easily accommodate several 720 MWe NuScale power units. So NuScale facilities could easily produce more than  8000 MWe of electricity at existing nuclear sites in the US.


While commercial nuclear power plants produce base load electricity, they have to be complimented with regional  electric power units capable of producing peak load electricity or back up electricity in case a nuclear facility has to be temporarily shutdown because of refueling or because of a natural disaster such as an earthquake or tsunami.

Natural gas electric power plants have the lowest capital cost. But natural gas is a fossil fuel that would increase global warming and the rise of global sea levels. Fortunately, natural gas power plants can be  cheaply and conveniently retrofitted to use-- methanol. And nuclear electricity could be used to produce  methanol directly from air and water or through the microwave pyrolysis of urban garbage and sewage, agricultural biowaste, and from forest waste (dead trees and other fire hazardous forest materials). Methanol dehydrated into dimethyl ether could be used as a diesel fuel substitute for vehicles cheaply retrofitted to use dimethyl ether. Methanol can  be converted into carbon neutral gasoline and carbon neutral jet fuel. Methanol can be used directly a cleaner marine fuel substitute for sea vessels. And methanol can be used directly in fuel cell/battery powered automobiles, trucks, sea craft, and even aircraft.

The increased electrical capacity of existing nuclear sites could also be used to produce hydrogen for the next generation of supersonic and hypersonic aircraft and space launch vehicles. Hydrogen could also be used for the carbon neutral production of ammonia for fertilizer for the agricultural industry.


In Arizona, using NuScale reactors to increase  electrical capacity at the Palo Verde site to 8000 MWe (4700 MWe of additional power) could be used to supply more-- carbon neutral-- electricity to  neighboring California and for the Sonora and Baja California provinces of Mexico. Mexico could use the additional power supplied by the US to pump-- seawater-- directly from the Gulf of California into salt water reservoirs near the Arizona/Sonora border. Such seawater reservoirs could be used for the creation of recreational marine water lakes in southern Arizona and for the production of needed potable water through nuclear powered desalination.

Existing sites can easily accommodate the relatively tiny amounts of spent nuclear fuel produced at commercial facilities. But some US states have laws preventing the deployment of new nuclear reactors until there is a long term solution for spent fuel. So clearly demonstrating that spent fuel from commercial nuclear reactors can be recycled to produce more energy should nullify any state measures that attempt to use spent fuel as an excuse for not building more nuclear power plants.

The  TVA (Tennessee Valley Authority) is a Federally owned utility that could start the process of recycling spent fuel by utilizing plutonium extracted from spent fuel in thorium fuel configurations in existing nuclear power plants  and in future SMRs.  The TVA should also be one of the first American utilities to deploy the next generation fast reactors that would be fully capable of utilizing spent fuel.

US electricity production in 2018

How much land does nuclear, solar, and wind really need?

Methanol as a marine fuel

Thor and the thorium solution for plutonium from commercial nuclear reactors

Posted by Marcel F. Williams at 3:05 PM No comments: 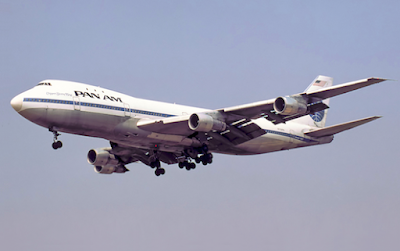 In a renewable energy economy, carbon neutral methanol (CH3OH) can be either directly utilized or converted into  more appropriate carbon neutral fuels for ground, air, sea, and even space transportation.

Using carbon neutral nuclear, hydroelectric, solar, wind, or OTEC technologies,  this simplest of alcohols can be easily derived from a variety of renewable resources:

1. The pyrolysis of urban garbage and sewage

2. The pyrolysis of agricultural bio-waste

3. The pyrolysis of dead trees and other potentially fire hazardous materials from forest

4. Hydrogen produced through water electrolysis and synthesized with CO2 waste from the pyrolysis of garbage and sewage

5. Hydrogen produced through water electrolysis and synthesized with CO2 directly extracted from the atmosphere

6. Hydrogen produced through water electrolysis and synthesized with CO2 extracted from carbonaceous materials within seawater

Automobiles can be relatively cheaply converted to use methanol or methanol could be used in high efficiency methanol fuel cell/battery electric automobiles.  Methanol can also be blended with gasoline up to 15% without any vehicular modifications. And methanol can also be converted into gasoline and can be either mixed with petroleum derived gasoline or can totally replace gasoline derived from fossil fuels.

Methanol can be dehydrated into dimethyl ether as a substitute for diesel fuel. Diesel fuel vehicles would only require relatively inexpensive modifications to utilize dimethy either from methanol.

Methanol could be used to safely and conveniently store hydrogen for future liquid hydrogen fueled super sonic and hypersonic  aircraft and space rockets. When aircraft fueling is required, hydrogen could be extracted from methanol storage tanks through energy efficient heat reformation and then chilled into liquid hydrogen before being pumped into an aircraft or spacecraft.

More recently, David Bradin, has proposed producing jet fuel directly from methanol. Such a process would require some of the methanol to be converted into olefins primarily ethylene and propylene, with some amount of butylene and higher olefins using a methanol-to-olefins catalyst and then oligomerizing them under conditions that provide olefins that a in the jet fuel range.  The olefins can then optionally be  hydrotreated and/or isomerized. A second portion of methanol can be converted into dimethyl ether using a zeolite catalyst. The dimethyl ether is then reacted over a catalyst to form hydrocarbons and aromatics within the jet fuel range. All or part of the two separate product streams can be combined, to provide jet fuel components which include isoparaffins and aromatics in the jet fuel range. This process can be used to produce a variety of jet fuel compositions, such as JP8, Jet A, and JP1.  JP8 is jet fuel that is widely used by the US military for both sea craft and ground vehicles. Jet A are jet fuels that are widely used by commercial airlines in the US.

Posted by Marcel F. Williams at 4:22 PM No comments: