The President, British Petroleum, and the Synthetic Fuel Economy 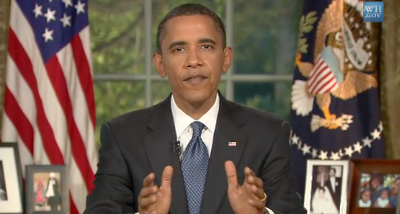 In the President's speech last night about the BP Gulf Coast environmental crisis and the petroleum industry, he said the following:

"I am happy to look at other ideas and approaches from either party –- as long they seriously tackle our addiction to fossil fuels. Some have suggested raising efficiency standards in our buildings like we did in our cars and trucks. Some believe we should set standards to ensure that more of our electricity comes from wind and solar power. Others wonder why the energy industry only spends a fraction of what the high-tech industry does on research and development -– and want to rapidly boost our investments in such research and development.
All of these approaches have merit, and deserve a fair hearing in the months ahead. But the one approach I will not accept is inaction."

We've already known how to convert urban and rural biowaste (garbage) into gasoline, diesel fuel, and jet fuel for decades. Such local resources could replace nearly 20% of our petroleum needs and provide jobs practically everywhere where garbage is produced (that's every city, town, and farm in America).

But biowaste conversion to liquid fuels waste 80% of its total carbon content. If you added hydrogen to the mix produced from clean electricity from nuclear and hydroelectric power plants, nearly 100% of our transportation and industrial hydrocarbon chemical needs could be met. Once we starting using fuel efficient plug-in-hybrid vehicles and fuel cells, the US could actually become a major exporter of clean carbon neutral fuels.

Obviously, we're not going to replace petroleum overnight, but we can start the transition if the President and the Congress would simply-- mandate-- that at least 10% of all gasoline, diesel fuel, and jet fuel sold in the US be derived from carbon neutral resources by 2020, 50% by 2030, and 90% by 2040. And any of these fuels sold in the US that does not reach these percentages should be slapped with a heavy carbon tax.

To me, its that simple! 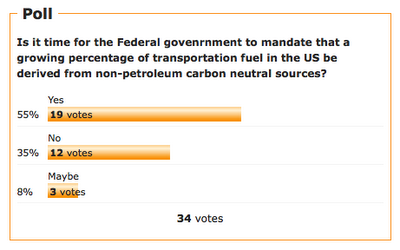 Synfuels and the Price of Oil
http://newpapyrusmagazine.blogspot.com/1999/01/synfuels-and-price-of-oil.html

Gasoline from Air and Water
http://newpapyrusmagazine.blogspot.com/2008/11/gasoline-from-air-and-water_24.html

Navy Looks to Biofuel to Power Fleets
http://newpapyrusmagazine.blogspot.com/2010/05/navy-looks-to-biofuel-to-power-fleets.html
Posted by Marcel F. Williams at 11:28 AM 2 comments: