Simplified Extraterrestrial Cargo and Crew Landing Vehicles for the SLS

During NASA's Constellation program, the American space agency chose Boeing's Altair concept as the landing vehicle design to  return American astronauts to the surface of the Moon. As a two staged (descent and ascent) crew landing vehicle and as a single stage cargo landing vehicle,  the Altair was supposed to be housed in the large payload fairing of the Ares V super heavy lift rocket. But in 2010, the Constellation program was  canceled by the Obama administration, a decision that became law in April of 2011. And this ended the development of  Ares V and Altair lunar landing vehicle.

A year later, Congress began funding a new heavy lift program, the Space Launch System (SLS),   while continuing to fund the development of the  Orion component of the Constellation program. While there has been no significant Congressional funding for a lunar landing vehicle, a large variety of a vehicle concepts have been proposed to return American astronauts and cargo back to the lunar surface by several space companies.
Here, I propose another  reusable extraterrestrial cargo and crew landing vehicle (the ELV-3) concept that would be much simpler than Boeing's Altair vehicle. The ELV-3 would be launched by the SLS and utilized  to  deploy very large and heavy cargo or crews to the lunar surface. And with the addition of a HIAD or an ADEPT deceleration shield, the ELV-3 could also deploy largo cargoes and crew to the surface of Mars.
Technologically, the notional ELV-3 spacecraft proposed here would be a substantially simpler vehicle than Boeing's canceled Altair spacecraft. Instead of the Altair's descent vehicle's four liquid oxygen tanks accompanied by four liquid hydrogen tanks, the ELV-3 would have just two 2.4 meter in diameter hydrogen tanks plus one 2.4 meter in diameter liquid oxygen tank, all linear aligned within an octagonal shaped cruciform.

The problems associated with eight feedlines, differential tank pull due to unuasable propellant, increased tank heating resulting from the numerous tank penetrations, problems with pressure control during burns and long coastal phases caused by the large number of tanks are significantly reduced by reducing the cryotank numbers from eight down to just three. Utilizing just three tanks also reduces the overall mass of the tank weight.

Problems associated with the RL-10 exhaust plume just a few meters above the lunar surface during landings could be alleviated by using side thrusters positioned well above the surface. Additionally, the IVF (Integrated Vehicle Fluids) ullage gas fueled thrusters could also be automatically extended outwards away from the side panels (more than 8.4 meters in diameter) for exceptionally large payloads that extend beyond the diameter of the octagonal panels.

While the deck of the  ELV-3 would be approximately two meters higher than the Altair, the ELV-3 would have the advantage of a substantial amount of empty space on each side of the linear aligned propellant tanks. Twin retractable wall panels on each side could  accommodate a rectangular cargo area at least 7.2 meters high by 2.2 meters by 2.8 meters.

One 2.4 meter in diameter LOX tank


The large dimensions of the side cargo areas would also be able to accommodate twin mobile lunar cranes with telescopic booms extending well above the the top deck.  Each electric powered crane would be equipped with a cable hook for unloading large payloads and with cable clamshells for digging up and redepositing lunar regolith. With each mobile crane already weighing more than 12 tonnes, the deposition of lunar regolith (weighing approximately 1.5 tonnes per square meter) into the automatically expanded regolith bins of the other vehicle could increase each crane's counter weight by more than 18 tonnes. This would allow each mobile crane to be able to easily offload payloads on top of the ELV-3 weighing nearly 30 tonnes. If devices are deployed to the lunar surface to magnetically extract iron and other metallic dust  from the top ten centimeters of lunar regolith then the deposition of this much heavy material into the regolith bins could easily increase the counter weights of the mobile cranes by more than 100 tonnes.
The deployment of such mobile lunar cranes could, of course, be used to unload and transport payloads from a variety of other lunar landing cargo space craft.

The clamshell crane could also be used to deposit regolith within the surrounding walls of lunar habitats providing the large multilevel pressurized habitats with appropriate shielding against cosmic radiation (completely shielding the habitats from the heavy nuclei component). Such regolith shielding could provide the habitat with protection from micrometeorites and from the extreme thermal fluctuations from the lunar environment.

The cargo version of the ELV-3 could also be utilized to transport large and heavy payloads to the martian surface if HIAD or ADEPT deceleration shields are utilized along with mobile cranes with lifting capabilities not too dissimilar to vehicles deployed to the lunar surface.

As a crew vehicle, the ELV-3 would use three pressurized modules derived from Boeing's 2.4 meter in diameter tank technology. The centrally positioned module (passenger module) would be the heaviest since it would be internally heavily shielded to protect astronauts from the exceptionally deleterious heavy nuclei component of cosmic rays. This would add at least four tonnes of extra shielding weight to the passenger module relative to the similar sized command module and airlock on opposite sides of the passenger module. The passenger module  would also serve as a storm shelter in case of a major solar event when the ELV-3 is moving through cis-lunar space.

However,  once propellant producing depots are deployed to the lunar surface, only one ELV-3 vehicle would be required to transport crews between the Earth-Moon Lagrange points and the lunar surface and back. Additionally, the crewed versions of the ELV-3 would have a major advantage by being able to transport both astronauts plus more than 14 tonnes of additional payload to and from the lunar surface  when fully fueled.
If propellant producing water depots are deployed at LEO and NRO, the ELV-3 could also be used transport crews between LEO and NRO. This would provide NASA and private commercial space transportation companies with an alternate means from LEO to the Lagrange points.

Utilizing its side cargo areas,  an unmanned ELV-3 could also be used  to deploy a multitude of mobile robots to the surfaces the Moon, the moons of Mars (Deimos and Phobos), to the moons of Jupiter (Io, Ganymede, Europa, and Callisto), and even to the surfaces of some of the the largest asteroids in the asteroid belt (Ceres, Vesta, Pallas, etc.).

Tanks for a Great Idea

Death of a Plesiosaur

Posted by Marcel F. Williams at 8:00 PM No comments:

A Day that Will Live in Infamy 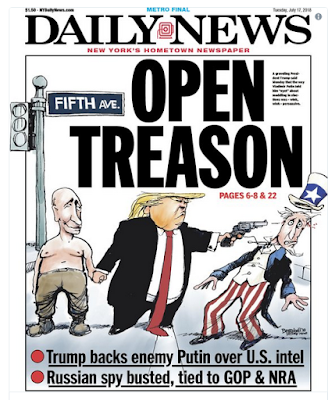 Trump sides with Putin over US intelligence

Trump winks at Putin at start of Helsinki summit

Trump-Putin summit: US president under fire over poll meddling comments 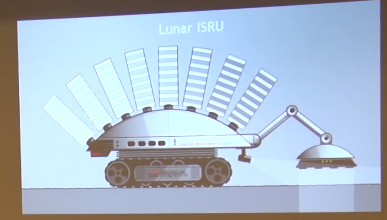 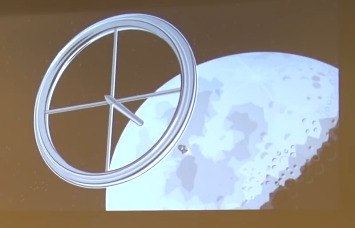 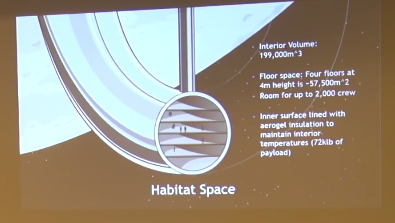