Long interplanetary journeys to  Mars, or to the orbit of Venus, or even to some of  the NEO asteroids could take several months or even years before their human occupants finally return to the relative safety of the Earth's surface. Such interplanetary voyages will require a substantial tonnage of water  for drinking, washing, the preparation of food,  the manufacturing of oxygen for air,  the production of  liquid oxygen and hydrogen for propellant, and for appropriately shielding humans inside of  habitat modules from the dangers of cosmic radiation and major solar events.

NASA delta-v estimates for  achieving Mars Transfer Orbits from LEO during the 2030s range above 3.8 km/s to just below 5 km/s-- just to reach the vicinity of Mars. Additionally,  a LEO departure for Mars would require launching the huge amounts of water and propellant for the voyage out of the Earth's enormous gravity well. This would require a delta-v ranging from 9.3 to 10 km/s.

However, if  crewed interplanetary vehicles are launched from an Earth-Moon Lagrange point, the delta-v requirements to achieve a Mars Transfer Orbit would be substantially lower. The delta-v requirements for departing cis-lunar space from one of the Earth-Moon Lagrange points could be less than 2 km/s-- especially if an Earth flyby or an Earth and Moon flyby (even better) are taken advantage of during the initial trajectory burns.

But how much water is there on the lunar surface? And how technologically difficult would it be  to extract large quantities of water from the lunar regolith?

A spectral analysis of the ejecta plume from the impact of  a Centaur upper stage  into the  Cabeus crater at the lunar south pole was conducted in 2009.  The analysis indicated that the lunar regolith in the shadowed crater contained water ice with concentrations ranging from 2.7% to 8.5% by mass. This suggest that  in some of the permanently shadowed craters at the southern pole, the lunar regolith there may contain as much as  27 to 85 kilograms of ice per tonne.

In the Moon's northern polar region, the Mini-RF on board the Chandrayaan-1 orbiting probe strongly suggest that 40  craters in the northern polar region my contain as much as 600 million tonnes of water-ice. So there is clearly no shortage of  water resources on the lunar surface.

In order to provide enough water for human activities at a lunar outpost, a cis-lunar transportation system, and to supply propellant and mass shielding for five Conjunction or Opposition Class missions to Mars during the 2030s: 2030, 2033, 2035, 2037, and 2039, at least 500 to 1000 tonnes of water is going to have to be annually manufactured on the lunar surface.


NASA researchers have demonstrated that a simple one kilowatt microwave oven could extract as much as a tonne of water from the regolith at the lunar poles over a one year period. A single mobile robot with a 100 kw powered microwave oven, therefore, should be  able to annually extract 100 tonnes of water from the regolith from the shadowed areas at the lunar poles. Ten such mobile microwave units might be able to extract 1000 tonnes of water per year from lunar polar regolith resources.


However, a simpler method may only require sunlight to passively extract water from the lunar regolith. If one tone of regolith from the shadowed areas of the  lunar poles is composed of  approximately 5% water ice then mobile lunar excavators capable of digging up and depositing at least one tonne of regolith into a solar heater could produce at least 50 kg of water per day (18 tonnes of water per year). Just a few electric powered or fuel cell powered excavation robots on the lunar surface could, in theory,  deposit at least one ton of icy regolith to a solar heater per hour (more than 400 tonnes of water per year).


The Odyssey interplanetary vehicles would be crewed spacecraft capable of transporting 12 astronauts to High Mars Orbit and back to cis-lunar space using solar photovoltaic powered propellant producing water depots supplied with water from the lunar surface. The Orbital Transfer Vehicle (OTV-400) and the IAGH (Interplanetary Artificial Gravity Habitats) would both be derived from the SLS fuel tank technology.

The OTV-400 would use  a common bulk-head LOX/LH2 fuel tank derived from the SLS fuel tank technology. An IVL(Integrated Vehicle Fluids) type of technology would be used to utilize ullage gases for attitude control. Space Works has proposed a similar type of OTV using IVL technology that would store more than 450 tonnes of LOX/LH2 fuel. However, the OTV-400 would also use photovoltaic powered cryocoolers to  virtually eliminate any hydrogen and oxygen boil-off.

The twin habitat modules of the IAGH would rotate to produce a 0.5g simulated gravity for the six humans inside each module. The IAGH would also  be  appropriately water shielded to protect  its most radiation vulnerable occupants (25 year old female astronauts) from excessive exposure to  cosmic radiation and its  heavy nuclei component in a addition to major solar events-- for up to four years-- during solar minimum conditions. 50 cm of water shielding would be required to appropriately shield the light weight twin SLS fuel tank derived living areas: 118 tonnes of water shielding for each habitat module, 236 tonnes of shielding in total.

Conjunction Class Missions would only require one reusable OTV-400  storing close to 400 tonnes of LOX/LH2 propellant. The higher delta-v Opposition Class Missions will require two reusable OTV-400 boosters. Entering orbit around Mars and reentering cis-lunar space will also require the IAGH  to dump the water shielding from its habitat modules in order to substantially reduce the Odyssey's mass just before the final trajectory burns to enter Mars orbit or to enter cis-lunar space.

Coupled with a large water storage tank and a photovoltaic powered electrolysis plant  and cryocoolers, the OTV-400 would function as a water storage and hydrogen and oxygen producing propeelant depot (WPD-OTV-400). Still equipped with its own rocket engines, it could self deploy itself practically anywhere within the inner part of the solar system  while still being able to manufacture LOX and LH2 anywhere where there is a source of water.

The WPD-OTV-400 water and propellant depot would have the ability to transport itself to Mars orbit from the Earth-Moon Lagrange points after producing enough fuel for its on flight and filling up with enough stored water originating from the Moon. However,  once water is being manufactured on Deimos and Phobos, using the same technologies employed on the lunar surface, propellant from the lunar surface will no longer be required to replenish water and propellant supplies in orbit around Mars.


After its initial trajectory burns on its way to Mars, the  OTV-400 boosters and the ETLV-2 vehicles (Extraterrestrial Landing Vehicles) would separate from the IAGH  and re-dock at its central axis.The Odyssey would, therefore, be reconfigured  to produce artificial gravity for its 12 person crew for their multi-month journey to Mars.   Liquid carbon dioxide rockets housed in each habitat module, would be used to rotate or to stop the rotation of the Odyssey. Cables will extend from the IAGH core more than 100 meters from the central axis of the vehicle. A series of light weight cylindrical metal or ceramic shells woulds also expand outwards creating rotational arms that would act as levers to increase, decrease, or stop the rotation of the Odyssey.

After several months of travel through interplanetary space,  the Odyssey would reconfigure itself again to prepare for an Orbital Insertion trajectory burn and the water shielding within IAGH modules would be dumped into space.  But after a day or two in Mars orbit, the Odyssey will once again reconfigure itself to produce artificial gravity for its crew. The  water shielding for the habitats could be fully  restored within a few hours or a few days from a pre-deployed  WPD-OTV-400 already in high Mars orbit. Returning to Earth will also require the Odyssey to be refueled by the orbiting water and propellant depot in Mars orbit.

Once in high Mars orbit, each fully fueled  crewed ETLV-2 vehicle would have enough fuel to travel to one of the Martian moons for a few days of exploration and sample retrieval  and back to the Odyssey. And if they wanted to travel to the martian moons a second time then they could refuel at the orbiting Mars depot (WPD-OTV-5).

Since the Odyssey is intended for reuse (ten times with its RL-10 engines) for future interplanetary missions, a trajectory burn will be required to return to the Earth-Moon Lagrange points after the trajectory burn for Trans-Earth Injection from Mars orbit. Again, this will require the Odyssey to completely dump its water shielding before the burn. Once the crew is back within cis-lunar space, they will only be a few hours away from protective shelters on the lunar surface or just a few days away from the Earth's surface.

The human safety advantages of using  lunar water resources for an SLS derived reusable artificial gravity producing  interplanetary spacecraft   deployed at one of the Earth-Moon Lagrange points should also be substantial:


1. The significantly reduced delta-v requirements at an Earth-Moon Lagrange point for fueling and mass shielding a crewed interplanetary vehicle should alleviate any pressure to significantly reduce the appropriate mass shielding of habitat modules against the dangers of cosmic radiation and major solar events. 50 cm of water shielding should also eliminate the possibility of space career ending radiation exposure during a single interplanetary mission for the most vulnerable occupants to radiation.

2. The rotating interplanetary artificial gravity habitats (IAGH) could significantly or totally eliminate long periods of exposure to the  deleterious physical effects of a microgravity environment

3. Having twin AGH habitats allows astronauts the enhanced safety of being able to seek refuge in the opposite habitat in case there is a serious life safety malfunction at the other habitat.

4. The more comfortable accommodations of the spacious SLS derived artificial gravity habitats could significantly reduce the psychological stress experienced by the drew  during several months or years of interplanetary travel.

5. The dangers and the complexity of direct, high-energy aerobraking into the atmospheres of Mars or during a return to directly to Earth would be avoided by limiting the Odyssey's flight path to travel only between the Earth-Moon Lagrange points and High Mars Orbit.


Considerations for Designing a Human Mission to the Martian Moons (NASA)

A Study of CPS Stages for Missions beyond LEO (Space Works)

Mission and Implementation of an Affordable Lunar Return (Spudis & Lavoie)

Using the resources of the Moon to create a permanent, cislunar space faring system (Spudis & Lavoie) 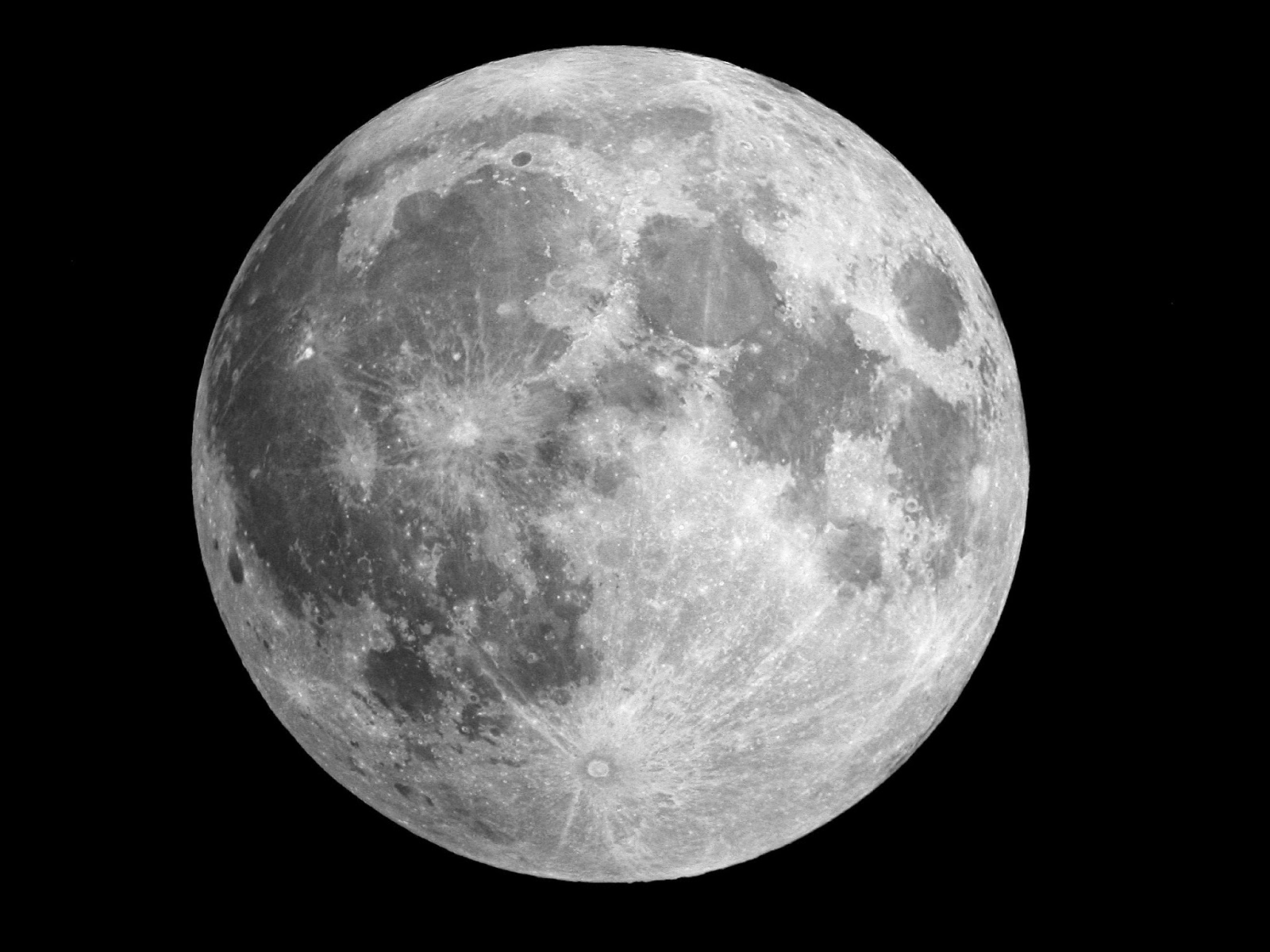