China Launches its Lunar Mission to the Ocean of Storms

China's Change-5 probe blasts off from the Moon

Change 5 lands on the Moon

The Lands that Will Flood in our Lifetime 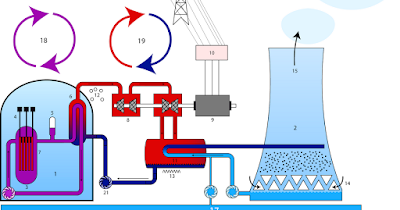 Methanol as a Motor Fuel

Posted by Marcel F. Williams at 9:41 PM No comments:

Posted by Marcel F. Williams at 6:53 PM No comments:

Starts December 2 on Netflix
Posted by Marcel F. Williams at 6:02 PM No comments:

By financing a single stage vehicle rather than a two stage vehicle, development cost could be substantially reduced by simply developing one vehicle instead of two. Further cost reductions could result from using engines and propellant tank technology that already exist. So a notional RLV-4 could use  RL-10 derived CECE engines already developed by SLS partner Aerojet Rocketdyne  and super lightweight composite propellant tanks already developed by Boeing.

I envision the RLV-4 Crew and RLV-4 Cargo vehicles going into operation by the year 2026. If we assume a development cost of $6 billion for the RLV-4 over the course of six years, then each SLS partner would be required to supply at least $250 million a year of funding for the development of the reusable RLV-4.

Each RLV-4 Cargo vehicle would weigh approximately 8 tonnes. The 10 meter in diameter payload fairing would add an additional 10 tonnes in weight headed for orbit.  Since an SLS Block I would be capable of deploying up to 70 tonnes to LEO, up to 44 tonnes of propellant could be added to one of the vehicles in preparation for a mission.

Alternatively, one RLV-4 Crew vehicle could be launched with one RLV- 4 Cargo vehicle. Before launch, the crew vehicle would be filled with enough propellant to transport a crew to NRHO. The cargo vehicle would simply remain in orbit at LEO until its ready to dock with a payload and be fueled for a mission.

The reusable  RLV-4 Cargo vehicle would be able to dock securely with large payloads (up to 10 meters in diameter) subsequently deployed to LEO by the SLS. Payloads deployed to orbit by the SLS would be equipped with flat standardized docking bases configured to securely join with the octagonal payload floor of the RLV-4. Propellant depots deployed to LEO, NRHO (Near Rectilinear Halo Orbit) and eventually on the lunar surface would be used to fuel and refuel the RLV-4 Cargo vehicles.

If the SLS deployed payload has an upper attachment area that could allow an additional RLV-4 to dock then two RLV-4 Cargo vehicles could be utilized for a single cargo mission.  This could allow up to 60 tonnes of payload to be transported to NRHO. A single fully fueled RLV-4 Cargo vehicle could deploy up to 50 tonnes of payload to the lunar surface. But two vehicles would be required to deliver a 60 tonne payload to the surface. One vehicle would only travel to lunar orbit and then back to NRHO while the second vehicle would travel to the lunar surface with its 60 tonnes of payload.

Large lunar cranes might be one of the most valuable initial payloads for the RLV-4 Cargo. Using a davit system, a pair of large cranes could be deployed to the lunar surface.  Such electric or hybrid electric (pressurized hydrogen fuel cell/battery) vehicles could be used to unload large and heavy payloads from a large variety of lunar landing craft. If we assume that each lunar crane weighs at least 8 tonnes, lunar regolith could be used to provide an additional 24 tonnes of counter weight. So each lunar crane should be capable of offloading more than 30 tonnes of payload. However, if the iron and other metals that inherently exist within lunar regolith are magnetically extracted to increase the counterweight capabilities of lunar regolith then payloads weighing more than 60 tonnes could be unloaded. Lunar cranes could also be used to deposit regolith within the surrounding walls of large habitats and within the foundation floor for inflatable biospheres and surrounding bio-tori.

Pressurized 8.4 meter in diameter cylinders derived from SLS propellant tank technology could provide multilevel habitats for the lunar surface up to  20 meters tall if deployed within an SLS 10 meter in diameter payload fairing. With a self deploying regolith walls, lunar cranes could provide appropriate radiation shielding by simply dumping lunar regolith within the cavity of the surrounding wall.

If the RLV-4 Cargo is used to deploy inflatable Kevlar biosphere and bio-tori then substantially larger habitats could be deployed. 50 meter in diameter  Kevlar biospheres that are pressurized with half the atmospheric pressure on Earth could easily be deployed to the lunar surface by an RLV-4 Cargo.  An additional SLS launch would be required to launch the surrounding  25 meter wide  bio-torus. And another SLS launch would be required to deploy the expandable connecting tunnel and regolith base for the biosphere and bio-torus on top.

But the bottom half of a 50 meter in diameter biosphere could provide up to 9 habitat levels with each floor averaging about 25 meters in diameter (490 square meters per floor). That would be up to 16 times the floor area for just the bottom half of the biosphere. The upper half of the biosphere (the biodome) would provide the astronauts, military personal, and guest with spacious recreational area with a ceiling up to 25 meters high. Such an area could easily accommodate a large circular recreational swimming pool 30 meters in diameter. This might also be room enough to strap on a pair of wings and fly about within the 50 meter wide biodome.  The surrounding bio-torus or tori could be used for agriculture and aquaculture and storage.

Once propellant is being produced on the lunar surface, extraterrestrial vehicles like the RLV-4 crew should make it substantially cheaper to travel to the lunar surface after departing the Earth's surface aboard a commercial crew vehicle. If a lunar habitat was deployed to the lunar surface and utilized as a hotel for astronauts, tourist, and military personal, the owners could reasonably charge its guest perhaps $10 million each for a 30 day stay. This, of course, doesn't include the cost of the round trip from Earth to the Moon. If we assumed that an individual habitat was continuously occupied by at least 4 to 8 personal (astronauts, military personal, tourist) then an individual habitat could make between  $480 million to $960 million per year in revenue. With up to 16 times the floor area for the bottom half of a biosphere, a single biosphere/bio-tori complex could make more than $15 billion a year in revenue if it were continuously fully occupied with up to 128 people.   Providing water, food, and air for the lunar guest would be insignificant if such resources are derived from ice and carbonaceous and nitrogenous resources in the lunar regolith at the poles or from similar resources deep within lava tubes. Assuming a minimum 20 year lifetime for such habitats, such SLS deployed facilities should be highly profitable.

Posted by Marcel F. Williams at 1:46 PM No comments:

Puerto Ricans Vote to Become the 51st US State 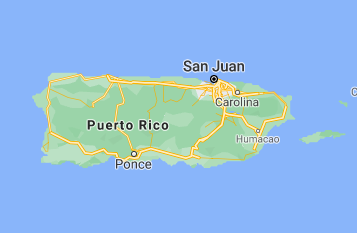 Last Tuesday, 52% of Puerto Ricans voted in favor of statehood.  The  US island territory of more than three million people that has been under US control since 1898.

Puerto Rico votes in favor of statehood. But what does it mean for the island?