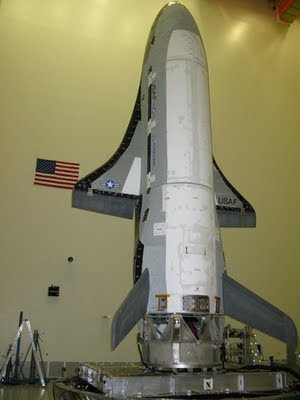 The U.S. Air Force plans to launch the unmanned X-37 OTV next April on top of an Atlas V booster. 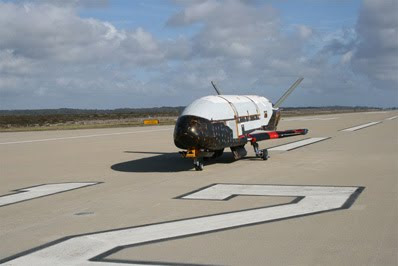 The Road: A Storm Warning for Humanity 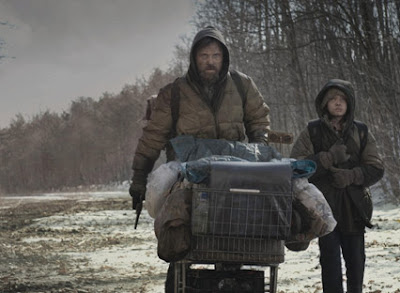 There is no film that illustrates the foolishness of confining human civilization solely to our planet of evolutionary origin than John Hillcoat's brilliant motion picture 'The Road' based on the Pulitzer prize winning book of the same title by Cormac McCarthy.

The audience is quickly introduced to a post- apocalyptic world where a father and son attempt to survive in a cold gray overcast environment devoid of other living animals and plant life. What caused this global apocalypse is not clear (nuclear war, asteroid impact, super volcanoes, global warming?). But what is clear in this hauntingly beautiful yet devastating film is that we are witnessing the possible total extinction of humanity!

Equally as terrifying as the environmental disaster is the human response to it: with most organized groups of humans apparently turning to predatory cannibalism in order to appease their relentless hunger!

The basic theme of the movie is how a father, played by Viggo Mortensen, tries to teach his son, who was born right after the apocalypse, how to retain his humanity in an absolutely horrifying world largely devoid of it!

But the lessons our current human civilization can learn is to do whatever is necessary to avoid putting all of humanity into this predicament in the first place!

But we also need to start expanding human civilization beyond the Earth starting with the Moon then Mars and then finally using asteroid materials to manufacture hundreds if not thousands of rotating solar orbiting artificial worlds with Earth-like environments all over the solar system. That's the key to the long term survival of our species. But confining our civilization solely to the surface of the Earth and just hoping for the best will eventually doom our civilization and our species to extinction.

The 150th anniversary of Darwin's 'On the Origin of Species' 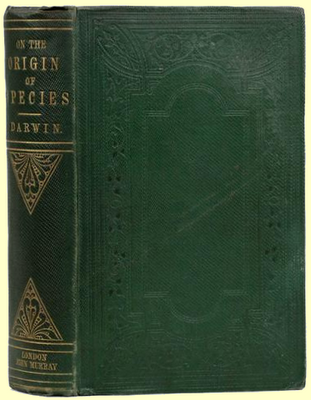 "It is interesting to contemplate an entangled bank, clothed with many plants of many kinds, with birds singing on the bushes, with various insects flitting about, and with worms crawling through the damp earth, and to reflect that these elaborately constructed forms, so different from each other, and dependent on each other in so complex a manner, have all been produced by laws acting around us. These laws, taken in the largest sense, being Growth with Reproduction; Inheritance which is almost implied by reproduction; Variability from the indirect and direct action of the external conditions of life, and from use and disuse; a Ratio of Increase so high as to lead to a Struggle for Life, and as a consequence to Natural Selection, entailing Divergence of Character and the Extinction of less-improved forms. Thus, from the war of nature, from famine and death, the most exalted object which we are capable of conceiving, namely, the production of the higher animals, directly follows." 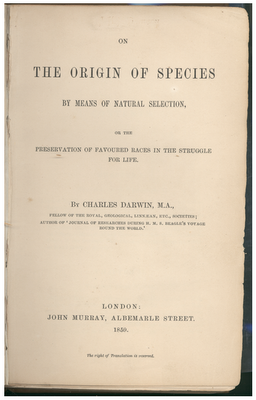 "There is grandeur in this view of life, with its several powers, having been originally breathed into a few forms or into one; and that, whilst this planet has gone cycling on according to the fixed law of gravity, from so simple a beginning endless forms most beautiful and most wonderful have been, and are being, evolved. "

Charles Darwin
On the Origin of Species
November 24, 1859
Posted by Marcel F. Williams at 10:21 AM No comments: 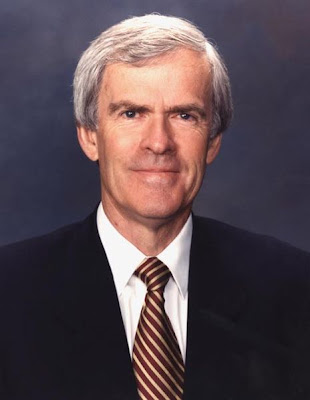 “I plan to introduce a second bill, to complement Senator Udall’s bill. My new bill would require the Secretary of Energy to develop and demonstrate, in partnership with the private sector, two designs for small modular nuclear reactors – less than 350 megawatts electric in size. The Department would help demonstrate the ability to license these reactors by funding applications to obtain design certification by 2018, and to obtain a combined operating license for each of the designs by 2021. Having certified and licensable designs for small modular nuclear reactors would be a significant boost to the field of nuclear power, and would help nuclear energy be a cost-effective contender for a broader array of carbon-free electric generation needs in the future."


New Papyrus strongly supports such forward looking legislation from US Senator Bingaman. The development of small commercial nuclear reactors in America could be a major game changer as far as carbon free energy production in our nation.

The lower initial cost of small nuclear reactors should be economically attractive even for the smallest utilities in the US. And economies of mass production could potentially dramatically reduce the capital cost of such small centrally mass produced nuclear reactors which could also reduce the cost of electricity and even the electrical production of carbon neutral synthetic fuels and industrial chemicals such as: ammonia, methanol, methane, gasoline, diesel fuel, jet fuel, and dimethyl ether. Small centrally mass produced nuclear reactors could be transported by rail or by ship to practically any energy producing site anywhere in the world while potentially producing millions of manufacturing jobs right here in the USA !

New Papyrus urges you to express your support to Senator Bingaman's for his bill at:

while also contacting your local Senators to express your support for the Bingaman bill.
Posted by Marcel F. Williams at 9:20 AM No comments: 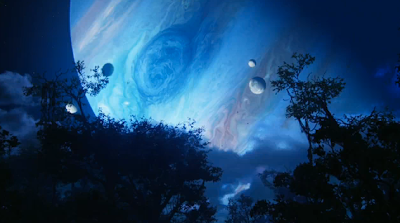 Jennifer Chan informs me that: Actor Kevin Pollak is hosting on his weekly show today with guest Robert Legato, the Academy Award winning Visual Effects Director of“Titanic,” and upcoming “Avatar” – the biggest film of the year. Kevin will interview Robert and discuss the visual effects behind “Avatar" today starting at 5p PT.

You can view the stream at
http://www.ustream.tv/channel/kevin-pollak%27s-chat-show.
Posted by Marcel F. Williams at 4:01 PM No comments: 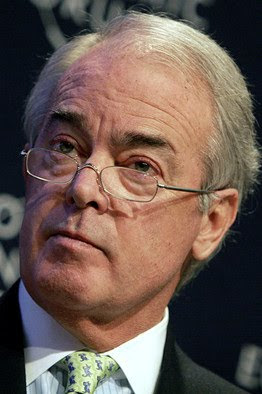 "In an operation of a nuclear plant, there [are] .64 jobs per megawatt. The wind business–and we have a very large wind business–is .3 jobs per megawatt. In the solar business–and we’re installing solar panels–it’s about .1. But the difference in the jobs is quite different, because if you’re wiping off a solar panel, it’s sort of a minimum wage type of job, [with] much higher compensation for nuclear engineers and nuclear operators. If our goal is to rebuild the middle class, nuclear plays a key role there, particularly if coal is out of the equation."

Nuclear Green
Posted by Marcel F. Williams at 9:25 AM No comments:

James Cameron on his AVATAR film

Ares vs the Sidemount and the Augustine Commission

During Space Shuttle manager John Shannon's presentation of the Side-mount Shuttle (SD-HLV) concept to the Augustine Committee, he showed the committee figures that indicated that a SD-HLV with an EDS (Earth Departure Stage) could place approximately 39 tonnes of net payload into lunar orbit per launch. However, just a week later, a subsequent, more thoroughly analyzed NASA study, indicated that up to 47.8 tonnes of net payload could be placed into lunar orbit per SD-HLV launch with an EDS.

Unfortunately, in the Augustine commission's final report, a SD-HLV architecture that could only deliver 39 tonnes to lunar orbit was presented to the President. And this lower mass estimate led to the following conclusion by the committee:

"Among the other notable differences between the Ares V family and the more-directly Shuttle-derived launcher family is the mission-launch reliability. Since the latter requires three launches for each planned Constellation lunar mission,there would be a somewhat lower reliability in any given time window than would be provided by the Ares V, which only would require two launches in the same time window." 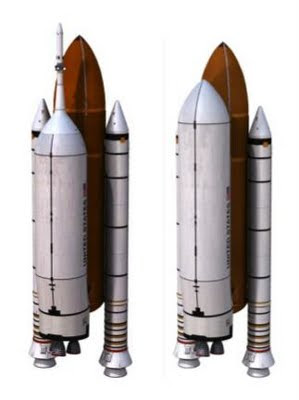 NASA also concluded that an SD-HLV plus EDS stage could be developed in just 66 months at an estimated cost of $9.4B which is dramatically lower than NASA's estimated cost for the development of the Ares I/V which they conclude would cost over $30 billion. (Neither of these figures include the developmental cost of the Orion and Altair vehicles.)

The committee also made an obvious conclusion about the SD-HLV concept vs. the inline shuttle derived concept (DIRECT):

"While the Committee did not examine the technical trade between the side-mount and inline variants in detail, it observes that the side-mount variant is considered an in-herently less safe arrangement if crew are to be carried, and is more limited in its growth potential. "

However, they also noted the following:

"Historically, vehicles with heritage derived from prior demonstrated systems have shown greater reliability in early usage than newly developed systems. The process of converting an established cargo launcher into a human-rated launcher results in improved reliability, as was demonstrated in the early U.S. human spaceflight programs where modified ICBMs were employed as launch systems. History has shown that the early flight period is of much higher risk than would be expected later in flight history."

The Augustine Commission declared the current Space Shuttle as the most reliable U.S. heavy-lift vehicle ever built, judging the Titan HLV and Delta IV heavy as less reliable heavy lift vehicles. Since the DIRECT concept's Jupiter rocket would be a brand new booster, this would make the DIRECT Jupiter rocket a less reliable launch vehicle than the SD-HLV-- at least in its early stages. The DIRECT concept also requires 18 new technological developmental starts while the SD-HLV requires only 8; Ares I/V requires 35 total developmental starts.

If the Obama administration wisely decides to terminate the development of the Ares I/V configuration in favor of the SD-HLV-- while also adding $3 billion additional dollars to the NASA annual budget, NASA should have enough money to continue Space Shuttle flights until the Orion CEV and SD-HLV are ready for flight. NASA is currently spending more than $3.5 billion on Constellation development programs; that should be plenty for the Orion and related program integration and operations development. And the additional $3 billion a year should be plenty of money to develop the SD-HLV ($6.9 billion), EDS ($2.5 billion), and Altair ($4.2 billion) over the next 6 years. Plus any delays and additional cost in developing this space architecture could be easily met by the annual $6.5 billion NASA budget solely dedicate towards developing the SD-HLV, EDS, Orion, and Altair. That's up to $32.5 billion in additional funds if it takes NASA all the way to 2020 to finish the new space architecture. Once the new launch architecture is completed and the Space Shuttle program finally retired and we're back on the Moon setting up permanent modular settlements, NASA is going to have several billion dollars a year in surplus funding on its hands-- perhaps to utilize in developing the next space architecture to get us to Mars!

4. Daily Kos Poll (Which nation will be first to establish a permanent base on the Moon?)
http://www.dailykos.com/story/2009/11/8/802191/-Ares-vs-the-Sidemount-and-the-Augustine-Commission
Posted by Marcel F. Williams at 10:00 PM 7 comments: