PBS: Should the US Invest More in Nuclear Power?

Watch The nuclear option on PBS. See more from Need To Know.

The Sleepy Hollows of Mercury

Posted by Marcel F. Williams at 8:39 AM No comments:

Posted by Marcel F. Williams at 9:41 AM No comments: 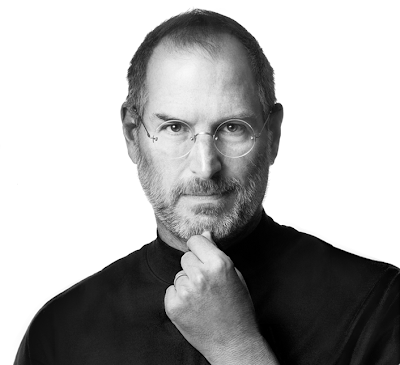 "I'm truly saddened to learn of Steve Jobs' death. Melinda and I extend our sincere condolences to his family and friends, and to everyone Steve has touched through his work. Steve and I first met nearly 30 years ago, and have been colleagues, competitors and friends over the course of more than half our lives. The world rarely sees someone who has had the profound impact Steve has had, the effects of which will be felt for many generations to come. For those of us lucky enough to get to work with him, it's been an insanely great honor. I will miss Steve immensely. "
Bill Gates

"Steve, thank you for being a mentor and a friend. Thanks for showing that what you build can change the world. I will miss you."

"My condolences to Steve Jobs family and friends. We've lost a unique tech pioneer and auteur who knew how to make amazingly great products."

"Steve Jobs was a visionary who changed the way we live, an innovator whose products brought joy to millions, a risktaker who wasn't afraid to challenge the status quo, and an entrepreneur who led one of the most creative companies of our time.

"His sage advice was respected by policymakers on both sides of the aisle. His courageous fight against cancer brought strength to many.

"I hope it is a comfort to those who loved him, especially his family, that so many grieve his loss and are praying for them at this sad time."


"Steve Jobs was a great California innovator who demonstrated what a totally independent and creative mind can accomplish. Few people have made such a powerful and elegant imprint on our lives. Anne and I wish to express our deepest sympathy to Steve's wife, Laurene, and their entire family."
Statement from California Gov. Edmund Brown

"Tonight, America lost a genius who will be remembered with Edison and Einstein, and whose ideas will shape the world for generations to come. Again and again over the last four decades, Steve Jobs saw the future and brought it to life long before most people could even see the horizon. And Steve's passionate belief in the power of technology to transform the way we live brought us more than smart phones and iPads: it brought knowledge and power that is reshaping the face of civilization. In New York City's government, everyone from street construction inspectors to NYPD detectives have harnessed Apple's products to do their jobs more efficiently and intuitively. Tonight our City - a city that has always had such respect and admiration for creative genius - joins with people around the planet in remembering a great man and keeping Laurene and the rest of the Jobs family in our thoughts and prayers."
New York City Mayor Michael Bloomberg

"Steve lived the California Dream every day of his life and he changed the world and inspired all of us. Thank You Steve"

" I'm going to turn off my Apple computer, iPhone and iPad tonight at 8pm and honor Steve with a moment of digital silence. Will you join me?"

I'm so happy that I knew him and was so blessed by his friendship. He impacted all of our lives and changed the world."

My heart weeps for all who worked with Steve and who loved him, especially my friend Laurene and their children."

“Michelle and I are saddened to learn of the passing of Steve Jobs. Steve was among the greatest of American innovators – brave enough to think differently, bold enough to believe he could change the world, and talented enough to do it.

By building one of the planet’s most successful companies from his garage, he exemplified the spirit of American ingenuity. By making computers personal and putting the internet in our pockets, he made the information revolution not only accessible, but intuitive and fun. And by turning his talents to storytelling, he has brought joy to millions of children and grownups alike. Steve was fond of saying that he lived every day like it was his last. Because he did, he transformed our lives, redefined entire industries, and achieved one of the rarest feats in human history: he changed the way each of us sees the world.

The world has lost a visionary. And there may be no greater tribute to Steve’s success than the fact that much of the world learned of his passing on a device he invented. Michelle and I send our thoughts and prayers to Steve’s wife Laurene, his family, and all those who loved him.”

Steve Jobs was truly a giant of the 20th and 21st centuries whose positive vision of the future dramatically changed the world for the better. Thank you Steve Jobs!