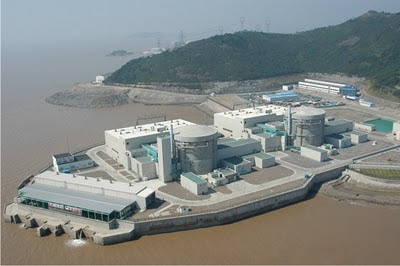 CANDU Reactor in China first to directly use recovered uranium fuel
Major milestone demonstrates CANDU's fuel cycle flexibility
BEIJING, March 23 /CNW/ - Atomic Energy of Canada Limited (AECL) announced today that the first-ever fuel bundle to directly use recovered uranium from light water reactors was successfully placed in the Qinshan CANDU Unit 1 Pressurized Heavy Water Reactor (PHWR) on Monday, March 22.
A ceremony to commemorate the event was held at the Qinshan site and was attended by senior Chinese government officials along with representatives from AECL and its Chinese partners Third Qinshan Nuclear Power Company (TQNPC), Nuclear Power Institute of China (NPIC) and China North Nuclear Fuel Corporation (CNNFC).
Over the next six months, a total of 24 Natural Uranium Equivalent (NUE) fuel bundles will be inserted into two separate fuel channels at the Qinshan Unit 1 reactor in Haiyan, China. NUE fuel is made by mixing recovered uranium from spent fuel of light water reactors with depleted uranium from enrichment plant tails. The irradiation of all 24 NUE bundles will be completed in approximately 12 months.
"This commercial demonstration of NUE fuel is a first-of-a-kind advanced fuel collaborative effort for the parties and highlights the beginning of the engineering application of CANDU advanced fuel cycles," stated AECL President and Chief Executive Officer, Hugh MacDiarmid. "It establishes CANDU's ability to utilize alternative fuel cycles and demonstrates the strong synergy between CANDU technology and light water reactor technology."
The commercial demonstration of NUE fuel in the CANDU reactor is the final phase of a three-phase joint research project between AECL and its three Chinese partners, TQNPC, NPIC and CNNFC. The project was initiated in 2008 to explore the use of recovered uranium from light water reactors in a CANDU reactor and to prove that it is the simplest, most cost-effective and environmentally-friendly process to utilize alternative fuel sources.
AECL's Chief Technology Officer Dr. Anthony De Vuono added, "As a proven commercial power reactor, our Enhanced CANDU 6 has the highest neutron efficiency compared to other competing technologies and consumes about 30% less natural uranium. Our NUE fuel cycle opens up a sustainable development path leading to an overall extension of uranium fuel resources while, at the same time, reusing the spent fuel from light water reactors."
In December 2009, an expert panel comprised of representatives from China's leading nuclear academic, government, industry and R&D organizations unanimously recommended that China consider building two new CANDU units to take advantage of CANDU's unique capabilities in utilizing alternative fuels.
The existing Qinshan Phase III nuclear power plant includes two 728 MWe CANDU 6 PHWR reactors designed by AECL and built in cooperation with TQNPC. The two CANDU units are ranked among the top performing nuclear power stations in China.

Is CANDU a Success Story?

After reading Tom Adams' dismal portrayal of AECL and CANDU, I felt compelled to respond to your readers with a different perspective.

Having come from the U.S. nuclear industry, I am new to Canada and new to AECL as its chief technology officer. I joined after a great deal of careful investigation of the company I was being asked to join.

Although I was well aware of the international reputation for safety, performance and reliability CANDU has earned, I knew less about AECL itself, other than a reputation for its critical mass of technical talent and leadership.

Contrary to Mr. Adams' assertions, upon closer inspection I found that AECL is a public policy success story of which all Canadians can be proud.

Since being incorporated in 1952, AECL has received almost $8-billion in funding from the Government of Canada. This in turn has generated more than $160-billion in GDP benefit from the production of electricity, leading-edge research and development, international sales of CANDU plants, uranium mining and refining, medical radioisotopes and a wide range of professional services.

The window of opportunity is here. More than 200 reactors are planned to be built in the next 20 years and Canada is already in discussion with potential customers like China, Argentina, India, Jordan, Romania and other Eastern European countries who see the advantages of CANDU for their country.

Robots vs Humans in Space

Stephen Hawking: The Future of Space -Manned vs Robotic Missions? 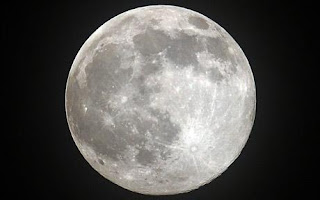 “Robotic missions are much cheaper and may provide more scientific information, but they don’t catch the public imagination in the same way, and they don’t spread the human race into space, which I’m arguing should be our long-term strategy. If the human race is to continue for another million years, we will have to boldly go where no one has gone before.”

Stephen Hawking, Cambridge University
Will unmanned robotic missions be able to detect weird microscopic life-forms they are not programmed to recognize that might be lurking below the surface of Saturn’s Titan, or beneath the murky seas of Jupiter’s jumbo moon, Europa?
The answer to this question is at the core of one of the greatest of the ongoing debates in space exploration: the question of man vs. unmanned robotic missions.
NASA currently operates more than 50 robotic spacecraft that are studying Earth and reaching throughout the solar system, from Mercury to Pluto and beyond. Another 40 unmanned NASA missions are in development, and space agencies in Europe, Russia, Japan, India and China are running or building their own robotic craft.
What is not commonly known however is that many of NASA’s leading scientists also champion human exploration as a worthy goal in its own right and as a critically important part of space science in the 21st century. The Obama administration’s new NASA strategy that strongly favors robotic exploration, has opened the debate anew........

http://mindgangsta.wordpress.com/2010/03/07/stephen-hawking-the-future-of-space-manned-vs-robotic-missions/
Posted by Marcel F. Williams at 1:14 AM 1 comment:

Solar Storm of the Century?

Current LocomoSky aerostats can carry one tonne of payload and a crew of 2 to 8 people. But the Russian LocomoSky company is planning to build flying saucer like aerostats to transport 60 to 600 tonnes of payload or between 270 to 1100 passengers. Such aerostats can transport people and huge payloads practically anywhere in the world. With a payload capacity of 600 tonnes, these Russian aerostats could potentially transport one of Babcock and Wilcox's future 120 MWe mPower nuclear reactors to practically any site on the planet.