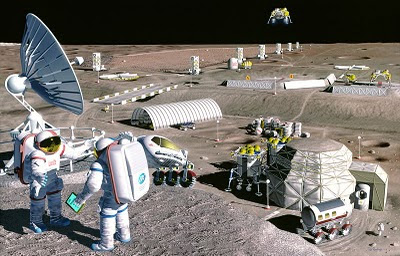 First of all, I applaud the Obama administration budget for providing $1.2 billion in annual funds over the next 5 years for the development of private commercial manned access to low Earth orbit. If humans are to truly open up the New Frontier for human colonization and commerce, private industry is going to have to have the capability of transporting humans into orbit. Hopefully, such a measure will be extended for at least a decade so that several new rocket vehicle options will be developed.

However, I strongly disagree with the notion the NASA should move out of LEO and leave that solely to private industry. Why should NASA should have to resort to a private middleman in order to access a government funded space station for government employed astronauts? And trying to use the ISS in order to sustain multiple private space launch companies would be a foolish venture. We need a strong government funded manned space program because these are the essential space pioneers that will help pave the way for the privateers and future settlers of the New Frontier.

But the real money for these emerging private American manned spaceflight companies is not in NASA contracts but in-- space tourism and commercial satellite launches where they're going to face some stiff international competition from companies like Russia's Energia.

There have already been eight space tourist to the ISS via Energia. And these individuals have payed between $20 to $35 million to to fly into space. Polls have shown that 7% of wealthy individuals in America would be willing to pay more than $20 million for a trip to a space station (93% would apparently not be willing to do so). There are nearly 100,000 adults in the world worth more than $30 million. So if 7% of these individuals were willing to dish out the big bucks to fly into to space, that would mean 7000 potential passengers willing to pay $20 million for a flight into space. If only 10% of these individuals flew into space each year aboard a vessel with 4 passenger seats, that would mean at least 175 flights per year. NASA flew just 5 flights in 2009 and 9 flights at the height of the Space Shuttle's glory years.

But what about the average Jane and Joe who does have tens of millions of bucks to just throw away? A 2008 ABC poll indicated that 40% of Americans would jump at the chance to fly into space.

What if NASA gave the average American and folks around the world that option by setting up a national and international space lotto system? 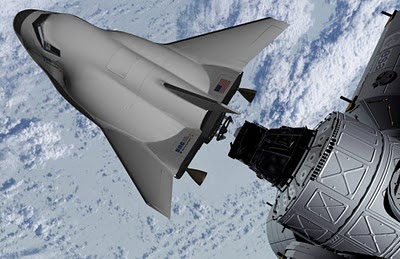 Adult Americans and non-Americans could simply purchase $1 dollar space lotto tickets online at the NASA website for a chance to fly aboard an American private space launch vehicle to an American space station or, eventually, to an American base on the Moon. Obviously, the cost of astronaut training would have to be included.

Additionally, under my scenario, each winner would also receive $200,000 in prize money to compensate for the winners time off from work for astronaut training-- or if the winner decides to back out of flying into space out of fear-- or if it turns out that an individual is simply not qualified to fly into space. The $1 dollar purchase price would make this lotto affordable to practically every one on Earth. And the $200,000 cash prize money would also make this lotto especially attractive to people in third world countries.

If we assume that for a total population of 1000 people, at least 300 $1 tickets would be sold every year (with some individuals buying multiple tickets, some individuals buying just one, and some individuals purchasing no tickets at all) , that could mean over $100 million dollars in annual ticket sales in the US-- enough for perhaps 4 or 5 American passengers per year that could finance perhaps one flight per year aboard a private commercial launch vehicle. For the rest of the world, however, $2 billion worth of tickets could be sold annually equating to perhaps 20 manned spaceflights per year.

Hundreds of manned space launches every year would have a dramatic effect on the cost of space travel. Space rockets are expensive because the total demand for them is very low. And this is exacerbated by the fact that there are multiple types of space craft utilized for a relatively limited amount of manned and unmanned spaceflights. However, if American space companies can settle on perhaps two or three types of space craft and launchers for delivering humans, satellites, and cargo into orbit then dozens or perhaps even hundreds of a particular type of manned space craft could be manufactured by a factory or factories. And this could allow space craft building companies to finally move away from economies of craft to economies of mass production for space craft and space craft components- especially the highly expensive rocket engines. This could potentially dramatically lower the cost of space craft and correspondingly lower the cost of passenger flights into space. This could ignite an economic feed back process that could increase passenger volume thus increasing the demand for rockets and further lowering prices.

Space tourism for the wealthy has already begun. But even though private companies in the US 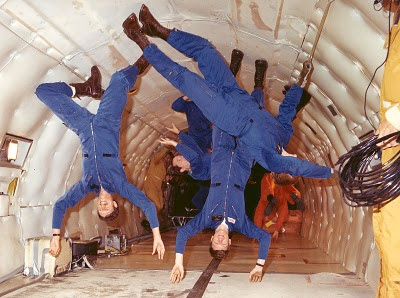 do not currently have their 'people shuttles' in operation, there's no reason why NASA can't kick off a space lotto system right now to get people acclimated to the system. Suborbital tourism is thought to be only a few years away with an initial cost of $200,000 per passenger. Companies like Space Adventures, Virgin Galactic, Starchaser, Blue Origin, Armadillo Aerospace, XCOR Aerospace, Rocketplane Limited, the European "Project Enterprise" are all striving to offer commercial suborbital flights . Companies like Zero G company are already offering parabolic flights for brief zero G experiences, starting at $4,950 per person.

A space lotto system could immediately offer winners a monetary award ranging from $10,000 up to $200,000 plus a ticket for a parabolic flight and could be an immediate job creating boon for this industry all over the US. Once suborbital flights become available, then tickets for these flights could be added as part of the winning prizes. Tickets for orbital flights to new American space stations would be added once private industry has their manned space operations up and running. And finally, winning tickets to an American or private Moon base could be added as the ultimate prize for space lotto winners.

A NASA space lotto system could be the best way to help develop the private manned space launch industry. And such a system to enhance the commerce of space tourism which could eventually lead to the first wave of privateers and permanent colonist in the New Frontier. 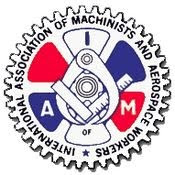 "......NASA plays a critical role in both our national and economic security. Our space program has been a critical driver of innovations in such key technologies as computers and composite materials, and plays an important role in emerging industries such as wind energy and sensors to detect biological threats.....

....While our military services rely on private contractors to design and build most of their equipment, the military owns the planes, ships, armored vehicles, weapons, information systems, and other key technologies. The armed services also own their domestic bases and operate their own foreign bases. The military, like NASA, uses private contractors, but the military exercises control of its operations and the technology. NASA has owned its manned space vehicles and its launch facilities. Laws and regulations govern NASA and military procurement so that sourcing, security, technology transfers, and a wide range of key decisions promote U.S. security and economic interests.....

...The push to privatize space travel is similar to efforts to privatize other critical government services. These efforts are based on anti-government ideology and are promoted by companies that want to profit from government outsourcing. It defies common sense to believe that the way to save NASA money is to outsource even more when these same contractors are already frequently over budget and often involved in over-billing and even fraud.....

......I respectfully urge you to reconsider the proposal for NASA to become completely dependent on private contractors for space travel. Thousands of high wage, high skill jobs critical to our long-term economic future are at state. In the meantime, instead of relying on the Russians to launch our astronauts, we need to extend the space shuttle program and accelerate and modify the Ares and Orion program to meet NASA’s mission needs. Only then can we be assured that America will continue to be the world leader in new and innovative space technologies vital to future economic and national security."

For a complete copy of the of the letter, go to the following URL: 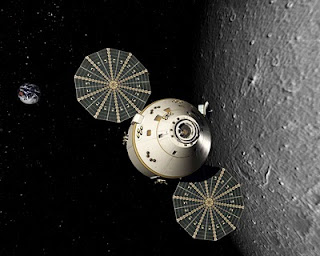 We are keenly disappointed in the Administration's budget proposal for NASA that would cancel Project Orion as part of an elimination of NASA's Constellation Program. Orion’s maturity is evident in its readiness for a first test flight in a matter of weeks. In fact, Orion can be ready for crewed flights to low Earth orbit and other exploration missions as early as 2013, thus narrowing the gap in U.S. human space flight capability when the shuttle is retired later this year.

Significant investment has already been made by the nation and private industry in Orion, which is human rated to provide a level of safety unmatched by any previous or currently proposed crewed vehicles. Nearly 4,000 people at more than 500 commercial companies and hundreds of small business suppliers across the country have worked diligently on the Orion project to support the nation's human space flight efforts. New facilities have been built and others upgraded. Innovative technologies such as a launch abort system, autonomous rendezvous and docking, closed-loop life support systems, state of the art solar power and avionics systems have been incorporated. And the next-generation of engineers, scientists, teachers and students, so critical to America's future, has been inspired. Cancellation of Orion would sacrifice these capabilities and accomplishments.

The President's budget proposal will, of course, be reviewed by Congress and ultimately will require Congressional approval. As the budget process moves forward, Lockheed Martin is committed to working with Congress, the Administration and NASA to ensure a safe, viable and robust space exploration program that does not cede U.S. leadership in space.

Posted by Marcel F. Williams at 9:54 AM No comments: