Permanent outposts on the surfaces of the Moon and Mars  could be the first major steps towards the expansion of human civilization into the rest  of the solar system.  Unaided traction for human walking requires a gravity that is at least 10% of the gravity at the  Earth's surface. The Moon, Mars, Mercury, and the Jovian moon, Callisto, are all worlds that have surface gravities higher than 0.1 g. So these are extraterrestrial worlds  that will probably be accessible for continuous human occupation before the end of the century. However, whether such  low gravity environments would  have significant deleterious effects on  human health and reproduction is currently unknown. But long before the permanent settlement of extraterrestrial worlds,  human outpost on the Moon and Mars, could have beneficial scientific, commercial, and even strategic benefits for those nations and businesses that dare to venture there.

Planets and Moons within the solar system that are potentially suitable for human colonization:

surface area relative to the Earth: 7.4%

diameter relative to the Earth: 27.3%

surface area relative to the Earth: 28.4%

diameter relative to the Earth: 53.1%

Note: Land area comprises 29% of the Earth's surface with 71% covered by water


Permanent outpost on the surface of the Moon could immediately exploit lunar regolith to protect humans from significant exposure to harmful levels of radiation.  Just two meters of lunar regolith dumped within the walls of a lunar regolith habitat could reduce annual cosmic radiation exposure below the maximum legal limit for radiation workers on Earth (5 Rem per year)  during the solar minimum while also protecting astronauts from radiation exposure from major solar events. Protection from micrometeorites and extreme temperature fluctuations would be an added benefit of  insulating a lunar habitat with regolith.

A single lunar habitat derived from the technology used to make the light weight 8.4 meter in diameter hydrogen fuel tanks for the SLS could provide two levels of floor space  approximately 111 square meters in area. That would be more floor space than the average home in Germany, Japan, Sweden, Italy, Spain, Russia, and in the UK. The deployment of such  habitats for the private commercial community could also be used  as lunar hotels for space tourist or to house workers for private companies involved in the export of lunar water or regolith for government and private entities.

Creating solid pavement for the deployment of  habitats and other lunar outpost components upon dust free surfaces could be created by using mobile robots to pave and sinter lunar regolith.  This could eliminate tracking in deleterious lunar dust into pressurized habitats when astronauts are working in the paved  lunar outpost area.

Nitrogenous biowaste, such as urine, could be used as fertilizer for lunar crops.

However,  there is some  evidence that substantial quantities of carbon and nitrogenous material may also  be a significant component of the permanently shadowed areas at the lunar poles. Astronauts stationed at  lunar outpost at the lunar poles could used to explore and to quantify the amount of volatiles located within the shadowed regions.

While solar panels attached to the habitats would provide the initial power for a lunar habitat, small nuclear reactors   buried beneath the lunar regolith only a few hundred meters away could provide substantial amounts of electricity for the lunar facility, 24 hours a day.

Outposts originally designed for the lunar surface could also be utilized  on the surfaces of Mars, Mercury, and Callisto and even on the meager surfaces of large asteroids and on the moons of Mars.


Permanent outpost on the Moon and Mars and on other worlds, would allow the continuous exploration of those surfaces by both humans and robots. Unmanned solar or nuclear powered rovers on the lunar surface, operated by humans on Earth, could visit and collect samples from  practically every area on the surface of the Moon. The collected rocks and soil could then be returned to the lunar outpost for immediate study or for eventual export back to Earth.

A permanent US government presences on the surface of the Moon and Mars will also enhance the ability of private American companies to protect their assets from potentially hostile foreign entities that will probably also be on these new worlds by mid century.

NASA Steps Closer to Nuclear Power for Moon Base

How big is a house? Average house size by country

Mission and Implementation of an Affordable Lunar Return (Spudis & Lavoie)

Using the resources of the Moon to create a permanent, cislunar space faring system (Spudis & Lavoie) 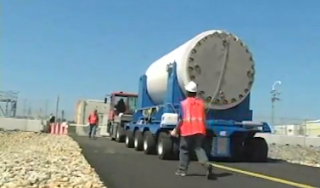 The Market for Space Fuel from Asteroids 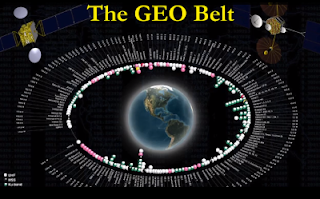