Posted by Marcel F. Williams at 6:23 PM No comments: 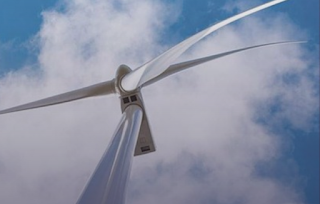 Located in the southern Magallanes, Chile, wind turbines will be used by Siemens Energy and several other international compaies to produce e-Methanol. The electricity produced by the wind turbines will be used to convert water into hydrogen through electrolysis and to capture CO2 (carbon dioxide) directly from the atmosphere. The hydrogen and carbon dioxide will afterwards be synthesized into e-Methanol (renewable methanol).

Methanol can not only be converted into gasoline but also into dimethyl ether, a diesel fuel substitute and into a variety of jet fuels and aviation fuels. Methanol can be used to produce electricity in natural gas electric turbines cheaply modified to use the wood alcohol. Methanol is already being used to power ocean vessels that have been modified to use methanol

A new hydrogen reality: Fuel from wind and water

Posted by Marcel F. Williams at 7:04 PM No comments: