Posted by Marcel F. Williams at 3:49 PM No comments:


A day that will live in infamy

Posted by Marcel F. Williams at 9:02 AM No comments:


Civilization's relentless use of fossil fuels continues to deposit-- excess CO2-- into the Earth's atmosphere. This is not only causing a steady increase in global temperatures but also an increase in ocean acidification and a gradual, but relentless, rise in global sea levels. But the United States and  the rest of  the industrialized world could be completely carbon neutral by the year 2050 if  nations simply-- mandated-- that the fossil companies pay for a gradual transition to a carbon neutral economy. Under this scenario, heavy carbon taxes would only be necessary for individual energy companies that fail to meet the national mandates.

Various technologies-- already exist-- that could make the world's energy economy completely carbon neutral: nuclear, solar, wind, hydroelectric, biomass, etc. But fossil fuels are also used for the production of industrial chemicals and fertilizers. Fortunately, important industrial chemicals like methanol and chlorine and fertilizers like ammonia can also be produced from carbon neutral sources of electricity.


It should be Federally mandated by Congress that at least:

1. 40% of all electricity produced by a public or private utility be carbon neutral by the year 2025,

The penalty for utilities that fail to meet the federal mandates should be a 50% sin tax on all electricity produced from that individual utility until that utility company finally complies with the Federal standards. Revenue from the sin tax could be used to plant trees in parks and forest within the US in order to remove excess carbon dioxide from the atmosphere.

There's enough room at existing nuclear power facilities in the US to increase nuclear capacity to 480 GWe  (93% of current US electricity production). And this could easily be done by deploying small centrally mass produced nuclear reactors (SMR) to existing sites. Since nuclear meltdowns would be impossible for small nuclear reactors, their introduction into existing sites could eventually replace large existing reactors making commercial nuclear power facilities even safer than they already are as the safest mode of electricity production in the US. Nuclear and renewable electricity in combination could easily make America's electric grid completely carbon neutral by 2040. 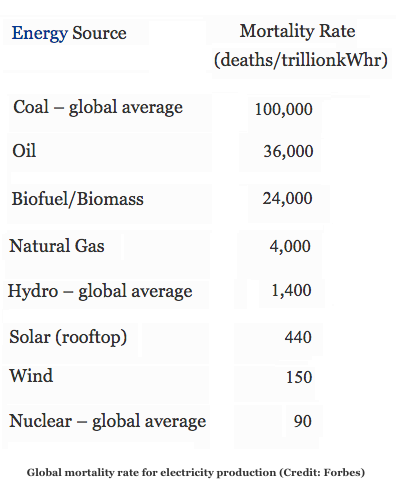 Geographically, photovoltaic power plants and wind power plants could be placed almost anywhere if they were simply used to produce renewable methanol (eMethanol). Of course, renewable facilities that are deployed in the most optimally productive areas wold produce the most methanol. 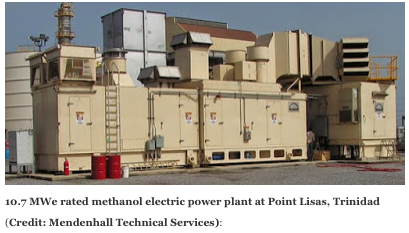 If should also be Federally mandated by Congress that a-- specific percentage-- of transportation fuels and industrial chemicals be derived from carbon neutral resources, a Federal mandate of  least:

Again, the penalty for fossil fuel energy companies failing to meet the Federal mandates will be a 50% sin tax on all of the non compliant fuel or chemicals sold in the US.

Renewable methanol could also help with the transition for transportation fuels and industrial chemicals and fertilizers from fossil resources to renewable resources. Methanol is already starting to utilized as a cleaner alternative fuel for the shipping industry.

Methanol can be converted into gasoline and blended with gasoline derived from petroleum to any level, or eGasoline could completely replace gasoline from petroleum in current internal combustion engines. Gasoline that is a mixture of eGasoline and gasoline from petroleum might result in a reduction in fuel cost due to the reduced demand for petroleum. With the increased use of electric vehicles, hydrogen fuel cell vehicles, and methanol fuel cell vehicles,  and plug-in-hybrid vehicles that utilized gasoline much more efficiently, the cost of petroleum derived gasoline should fall dramatically. The increased production of carbon neutral methanol and gasoline should also decrease its cost over the course of thirty years.

Carbon neutral jet fuel can also be derived from a chemical modifications of methanol and dimethyl ether. And hybrid electric  airplanes and airships could be fueled by renewable methanol or dimethyl ether.

The production of ammonia for fertilizer and other industrial use can easily be derived from nuclear, solar, wind, and hydroelectric sources of electricity through the electrolysis of water and the extraction of nitrogen from the atmosphere.

Communities that are not fond of the idea of living near large nuclear, wind or solar electric power facilities  could import carbon neutral methanol remote US territorial waters in the Pacific. The ocean imported eMethanol could be used in natural gas electric power plants retrofitted to use methanol.  In such extremely remote ocean locations, synthetic fuels and industrial chemicals and fertilizers could be produced by floating nuclear, solar, wind, or OTEC power facilities. Tankers could transport carbon neutral fuels and chemicals to towns and cities along the American coastlines, inland to states along the Mississippi River and inland through the Saint Lawrence Seaway to states that border the  Great Lakes.


US Electricity Production in 2018 by Source

The Production and Utilization of Renewable Methanol in a Nuclear Economy