Posted by Marcel F. Williams at 7:17 AM No comments:

Flying Commuter Vehicles of the Future

US Electricity Production by Source in the year 2021 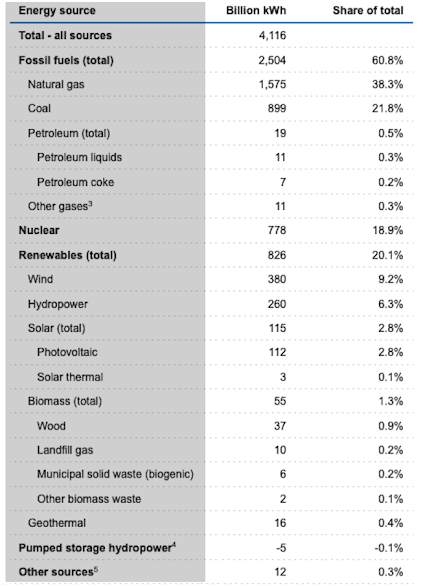 Posted by Marcel F. Williams at 9:19 PM No comments:

According to University of Massachusetts Amherst research published in the Journal of Personality and Social Psychology, a  disbelief in human evolutionary biology in the US was associated with higher levels of racism and prejudice including  support for discriminatory behavior against immigrants, people of African ancestry,  and the LGBTQ community. Similar patterns of racism and prejudice have also been associated with lack of belief in human evolution by individuals living in Europe and in the Middle East.

Bigotry and the human–animal divide: (Dis)belief in human evolution and bigoted attitudes across different cultures.

Disbelief in human evolution linked to greater prejudice and racism