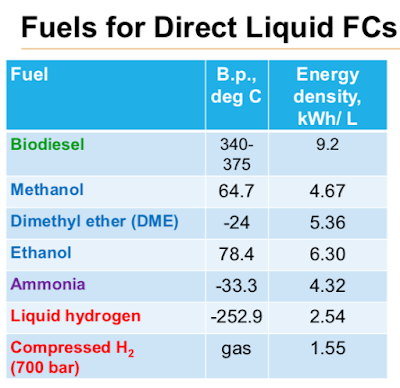 Posted by Marcel F. Williams at 5:45 PM No comments:

Floating nuclear reactors in the form of nuclear submarines,  aircraft carriers, and nuclear icebreakers have been in existence since 1953. And more than 12,000 reactor years of marine operations has been accumulated since the 1950s.  Also, two American and seven former Soviet Union nuclear submarines have sunk into the ocean-- with their nuclear material-- because of accidents or extensive damage.  So nuclear reactors are no strangers to the Earth's marine environment since the 1950s. Currently,  more than 180 small reactors power more than 140 sea vessels in the Earth's oceans.

In 1968, the US military deployed the first floating nuclear power reactor, the Sturgis (MH-1A). Supplying 10 megawatts of electric power to the Panama Canal Zone, the Sturgis operated without incident for over eight years until it reached the end of its service.

China also has plans to develop and deploy 20 floating nuclear power plants of its own, the first destined for the South China seas.

Since water is what keeps nuclear material from melting down in light water nuclear reactors, floating nuclear reactors deployed to the oceans virtually infinite heat sink are viewed as inherently safe.   Environmental organizations such as Greenpeace, however,  suggest that a tsunami could push a coastal floating nuclear reactor on land where the reactors fuel could be damaged and allowed to melt down-- poisoning the local environment with radioactive material. Such a scenario, of course,  couldn't possibly occur for floating  nuclear reactors that are-- remotely sited-- in ocean territories hundreds or even thousands of kilometers away from coastlines.

Stationary underwater nuclear reactors would be beneficial to Nations that possess extensive   Exclusive Economic Zones (EEZ) in remote territorial waters, could take advantage of stationary underwater nuclear reactors.  Such remote regions in the world's oceans  could utilize nuclear electricity for the production of carbon neutral synthetic fuels, industrial chemicals, and fertilizers that could be shipped by tankers around the world.


In international waters, nations that don't possess remote territorial waters could still produce carbon neutral synthetic fuels, industrial chemicals and fertilizers-- on the high seas.    But this would require mobile fleets  of floating nuclear reactors and synfuel producing barges.  Since no nation can legally claim a particular area of-- international waters-- a nuclear synplex flotilla could only occupy an area  within  international waters-- on a temporary basis.

Housing for nuplex and synplex workers could be accommodated aboard cruise ships perhaps modified to use methanol or methanol fuel cells.

Tug boats could transport garbage barges from a coastal town or city to a floating garbage processing barge equipped with cranes  that would separate metals from biowaste and plastics. Afterwards the waste processing barge would use its  cranes to deploy biowaste and plastics to the plasma arc pyrolyis plant where the garbage would be converted into syngas (mainly carbon monoxide and hydrogen). Additional hydrogen would be added to the process by adding hydrogen derived from the electrolysis of distilled water. A catalyst would be used to convert the syngas into methanol.

Even more methanol can be produced  if the CO2 from the flu gases of  methanol electric power plants is captured and transported by tanker back to the floating nuclear synplex.

Ammonia and urea could also be produced by remote floating nuclear synplexes, allowing fertilizer to be supplied by tankers to the coastlines of islands and countries around the world.

The abundant oxygen produced from the electrolysis of water by the accompanying synplexes could be utilized  for the manufacturing and processing of steel from iron ore.


Protection from Pirates and Terrorist

Floating nuclear power plants and synplexes would still have to be accompanied by at least some naval defense presence in order to protect against being taken over or damaged by pirates or potential terrorist on the high seas. The added expense of naval security  would probably favor large Ocean Nuclear  flotillas capable of generating at least 3000 megawatts  of electricity for the accompanying synplex flotillas. The largest land based nuclear power facilities have electric capacities of nearly 8000 megawatts. The largest land based nuclear power facility in the US (Palo Verde) is capable of generating 3300 megawatts of electricity.

If Coast Guard protection of a nuclear flotilla in international waters cost $100 to $200 million a year, it could cost $10 to $20 billion a year to protect 570 gigawatts of electric power and associated synfuel, fertilizer,  and industrial chemical production in international waters.   However, if such flotillas were congregated in just a few remote US EEZ areas, the cost of Coast Guard protection could be substantially reduced. And it  should be noted that the US military currently spends about--$81 billion a year-- protecting greenhouse gas polluting global oil supplies on the world's oceans. So protecting Ocean Nuclear synfuel production could be a lot cheaper than protecting oil supplies.

Coastal nations that lack remote EEZ areas such as  Singapore, South Korea, Israel, Thailand, Turkey, Ukraine, Syria, Egypt, Eritrea, etc. could utilize floating nuclear synplexes in remote international waters  to export their garbage and sewage for the production of synfuels, fertilizers, and industrial chemicals through floating nuclear synplexes without the political and environmental complications of having nearby nuclear facilities.

The United States could also use floating nuclear synplexes within its remote EEZ areas without the need of frequent redeployment until they've developed underwater nuclear facilities for their remote EEZ areas.  The US Navy would could especially benefit from the production of jet fuel from floating nuclear synplexes in the Wake Island EEZ.  This could allow US nuclear aircraft carriers attempting to counter the growing power of China and Russia in the Pacific to be supplied with jet fuel at the Wake Island EEZ-- in a region near the areas of global tension.


Catalytic conversion of synthesis gas to methanol and other oxygenated products

Timelapse of Every Major Military Battle in World History