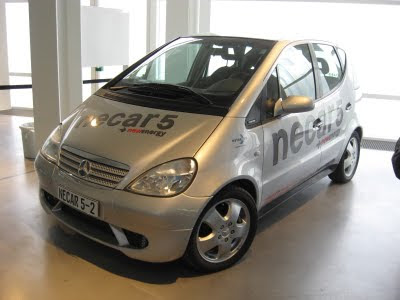 So instead of digging up hydrocarbons to power our cars, we grow our own - taking away space from food crops...

I do hope that in 50 years, biofuels are regarded as a temporary error in judgement.

I think you're referring to ethanol, not methanol. And I'm strongly against ethanol production and the growing of energy crops in the US in general.

Methanol, however, could be produced from garbage. Up to 388 million dry tons a year of urban biowaste, 325 million tons of forest refuse, and 597 million tons of agricultural waste could be exploited from our cities, forest, and current agricultural acreage to produce methanol, an equivalent of approximately 4 million barrels of oil per day (19% of total US daily petroleum consumption). So we'd only be exploiting garbage!

However, 80% of the carbon dioxide is wasted converting garbage into fuel. If hydrogen from nuclear power plants were added to this mix then 95% of all our petroleum needs could be met by converting garbage into hydrocarbon transportation fuels and industrial chemicals. If every light vehicle in America was a plug-in-hybrid, then and additional 9 million barrels a day of petroleum could be saved. So America would not only become energy independent from petroleum, but the US could also become a major exporter of carbon neutral synfuels.