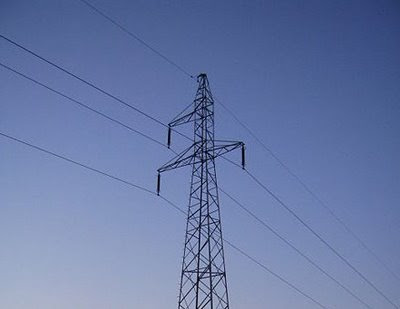 Today America and the world finds itself at the dawn of an energy, economic, and environmental crisis.


Carbon dioxide and methane gas pollution from the fossil fuel economy is causing the melting of the polar ice caps and a gradual rise in sea levels that could threaten our coastlines and, in some cases, threaten the existence of entire nations. More violent and extreme weather patterns are also believed to be caused by increasing global temperatures.

The importation of foreign oil is causing the US to send more than $700 billion annually to foreign nations. That's $700 billion dollars a year that is going to other nations instead of being invested right here in the USA. The oil imports do not include the $60 billion a year that the US military spends on protecting the flow of oil from the Persian Gulf, essentially a $60 billion a year subsidy to the international oil industry by the US tax payers.

Increasing population and economic growth could also cause an electricity shortage in the US and in many other nations in the near future.

So what do we do?

Energy re-industrialization through nuclear and renewable energy technologies would appear to be the most logical solution to the problems of our energy, the environment, and our economy. Energy re-industrialization through through non-carbon dioxide polluting technologies could not only solve our future energy and environmental problems but could also create tens of millions of jobs in practically every region and community in America.

Cheap base load energy is essential for a growing economy while affordable peak load energy helps to supplement base load capacity during periods of high energy demand. Cheap hydrogen through water electrolysis also requires low priced base load electricity. Hydrogen is an essential ingredient for the production of synthetic hydrocarbon fuels such as gasoline, diesel fuel, aviation fuel, and methanol.

While the shift towards electric vehicles and plug-in-hybrid electric automobiles could help the US wean itself off of foreign oil, it will also increase the demand for non-carbon dioxide polluting electricity in order to avoid increasing greenhouse pollution from electric power generating resources.


With hydroelectric sources in the US already fully exploited, only nuclear power has the capacity to replace coal as our primary source for base load electricity in the future. While new nuclear power facilities are likely to generate electricity at a higher price than current nuclear reactors, this may be somewhat mitigated by the continued reduction in the cost of electricity from current nuclear facilities as more of these existing sites reach the point where they've paid off their amortized capital cost, leaving only the cost of labor and fuel. However, the building of large clusters of new nuclear power plants in centralized nuclear parks could dramatically reduce capital, labor, security, and fuel transportation cost in the future.


Although significantly higher priced than nuclear, the incineration of urban biowaste could add additional base load capacity in practically every community in America. The off-peak production of methanol via base load water electrolysis synthesized with carbon dioxide flue gas from biowaste incinerators could produce methanol and oxygen to power peak load power plants. Methanol can even be used by current natural gas electric power plants with cheap modifications. The fluctuating load capacity of wind and solar thermal could also be backed up by synthetic methanol.

Eventually, the emerging aerocarbon extraction devices could utilize base load electricity to produce all of our hydrocarbon transportation, industrial chemical, and peak-load fuels once these devices become fully commercialized.


However, the extremely high cost of photovoltaic technologies would appear to regulate these technologies to only marginal aspects of our energy economy in the near future. While solar enthusiast and the wealthy may continue to place these extremely expensive devices on their rooftops, the best place for solar photovoltaics will probably be in remote communities that have very little access to alternative sources of electricity.

5. ELECTRICITY AND HEAT FROM BIOMASS

6. The Value of the Benefits of U.S. Biomass Power

According to the EIA, uranium fuel prices are expected to remain flat until 2030. Some people have commented about "peak uranium". Even with a large expansion of nuclear plants there will be no significant change in the availability or fuel price of uranium.

If the US and the world are serious about reducing global warming and ending the importation of foreign oil by using baseload electricity for the production of synthetic hydrocarbon fuels, then the demand for nuclear power plants and nuclear fuel is going to be high.

But if they fall into the trap of just drilling for more oil and hoping for so called 'clean coal' then the demand for nuclear fuel is probably not going to change the price significantly.

I would like to add that with the price of oil and coal comes additional "hidden" cost of pollution and military entanglements. The pollution costs come in the form of a damaged environment, climate change, death & disease, ocean and water contamination, extinction of animal species, and so on. These pollution costs are almost incalculable because the damage done often cannot be reversed. The extra costs of patrolling the Persian gulf, the Iraq war, cost hundreds of billions of tax payer dollars. All of this money could be put to better use to build a new power infrastructure for the USA. Some will question if we can afford it to which I would answer how can we afford not to?

"All of this money could be put to better use to build a new power infrastructure for the USA. Some will question if we can afford it to which I would answer how can we afford not to?"

You're exactly right Jason. Energy re-industrialization through non-carbon dioxide polluting technologies is the key towards turning the US economy around.

But it cannot be done unless cheap and abundant nuclear energy is at the core of this energy transition.

And I don't care where the capital investment comes from to do this (whether its private or public money)-- as long as it finally gets done within the next 25 to 30 years. This is the crisis of our time!

Unfortunately, I'm still not sure if the Democrats and Republicans fully understand how a failure to finally seriously and aggressively address the looming energy and environmental crisis could affect the future prosperity of this country and the world.

It's unfortunate that your analysis of solar is far from the mark. I say this only because solar often gets the short end of the stick in supposedly sober and level headed economic analyses. But the cost of solar has plummeted in recent years, falling faster and continuing to fall faster than other sources. As demand increases for fossil fuel energy, prices increase, however with solar as demand increases (as with semiconductors), prices fall. But there is also a wide range of different costs for installing a solar setup. It's not clear where you get your data. As well, retail prices take awhile to catch up with the drop in manufacturing costs, which have fallen in the last few years from $5 a watt to close to 50 cents a watt for some panels (with companies like First Solar, Trina, and others blowing past the $1 per watt barrier shortly after your post was made). The changes in the economics are stark, and your analysis appears somewhat narrow. Wind energy has decreased in price too but not as quickly. Many other types of energy are increasing in cost. Now we see some of the outlier risks of nuclear, which will only increase the total cost of that as well. Solar is a lot closer to grid competitiveness, even without government subsidy, than it's sometimes given credit for. There's an old bias against it based on prices from a decade or two ago which were astronomical. But it's a new game. The liberals haven't noticed. The free market people (being biased against solar for some reason) haven't noticed. But the market will notice, regardless of the bad press. Solar is also interesting for its ability to be used on a small scale -- so we need to improve our grid technologies to make that more attractive to people as well. I'm not looking as forward to your centralized nuclear power plants. Where will people let you put those? On the moon perhaps. Talk about cost of delivery. Trash to energy is a good lead though. Check out what Denmark is doing with it.