Gasoline from Nuclear and Renewable Energy 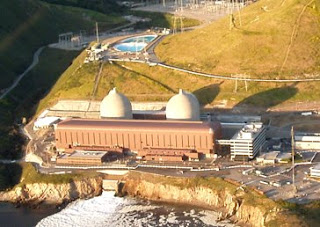 by Marcel F. Williams
With more than 700 billion dollars a year of our national wealth being exported to foreign nations in exchange for the importation of foreign oil, the US is gradually impoverishing itself while also continuing to put more greenhouse polluting carbon dioxide into the atmosphere. While it is estimated that plug-in-hybrid vehicles and electric cars utilizing current off-peak electric power capacity could reduce US petroleum consumption by at least 35% without adding any new electric capacity to the national grid, this would still require Americans to consume at least 65% of their transportation energy needs through petroleum fuels. Of course, this does not take into account the substantial increases in demand for transportation fuel in the future, during the next few decades, due to increasing US population and economic growth.


Biofuels have long been argued as an alternative solution to the use of petroleum for transportation needs. While most of the US emphasis has been on the controversial production of ethanol, technologies that can covert biomass into gasoline, diesel fuel, methanol, and aviation fuel have existed for decades.

The US Department of Energy reported that up to 30% of our transportation fuel needs could be met through synthetically produced biofuels (gasoline, diesel, aviation fuel, methanol, and ethanol) by the year 2030. Agricultural lands including 87 million tons of animal manure could provide nearly 1 billion dry tons of sustainably collectable biomass while also continuing to meet food, feed and export demands. They also reported that forest lands could provide an additional 370 million dry tons of biomass annually. The report argues that an annual biomass supply of more than 1.3 billion dry tons could be accomplished with relatively modest changes in land use and agricultural and forestry practices.


However, a 2007 study published through the National Academy of Sciences showed that, even without plug-in-hybrids and electric vehicles, all of our current transportation fuel needs could be met through biofuels if hydrogen from nuclear, wind, and solar were added to the mix. This would more than triple the amount of synthetic gasoline, diesel fuel, methanol, and aviation fuel produced in the US. We might, therefore, be able to provide more than 80% of our transportation fuel needs in a ground transportation system dominated by plug-in-hybrids and electric vehicles. This, however, would require a substantial increase in our nuclear and wind capacity in order to produce the hydrogen component for enhanced biofuel production.


There are new emerging technologies, however, that are capable of extracting carbon dioxide directly from the atmosphere. Such technologies would allow the US to produce gasoline, diesel fuel, aviation fuel and methanol through nuclear, wind, solar, and hydroelectric power without the need for any biomass component. Scientist at the Los Alamos labs have recently proposed a concept for using nuclear power or wind power plants to produce gasoline and other transportation fuels. In order for these technologies to completely replace petroleum, it would require increasing nuclear power by about ten times current capacity or increasing wind power by more than 200 times current capacity. But if transportation fuel needs doubled within the next few decades then nuclear power plants would have to be increased at least 20 times while wind power would have to be increased 400 times current capacity. However, increasing our nuclear and wind capacity even further might allow the US not only to become totally independent of petroleum but might also enable the US to be a major exporter of clean carbon-neutral fuels which could help lower greenhouse gases around the world.


So it is clear that the US will have to dramatically increase its nuclear, wind, and biomass capacity in order to become truly energy independent from foreign fuels. Such carbon-neutral synthetic fuels would finally end greenhouse gas pollution from our nation's transportation system. And a synthetic fuel economy would also finally end this country's dependence on foreign oil and the petroleum fuel economy! It would also mean that the 700 billion dollars that was once annually leaving America's shores would now be flowing right back into the US economy as a-- titanic-- annual stimulus.

It will be a tall order over the next few decades to move this nation from a petroleum fuel economy to a nuclear and renewable synthetic fuel economy. But it is most certainly doable for the most advanced industrial nation on Earth especially one that can so easily throw away hundreds of billions of dollars annually on an unnecessary war in Iraq.

I should note that even if transportation energy needs doubled in the next few decades, petroleum consumption could still be reduced by 78% if methanol fuel cells replaced the gasoline engine in plug-in-hybrid vehicles since methanol fuel cells are approximately twice as efficient as the gasoline engine even without the edition of any external hydrogen to the biomass mix. But if nuclear or wind hydrogen is added to the mix, then all of our future fuel transportation needs could be met without petroleum.