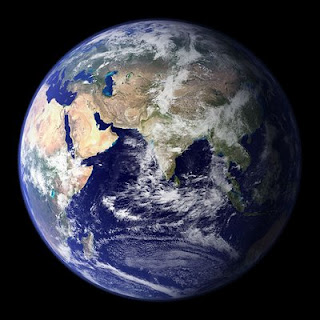 Humans exist on a planet and within a universe that is naturally radioactive. In fact, humans and all other plant and animal species that live and breed on Earth are also inherently radioactive.

Since the birth of the cosmos, the earth has been subjected to an endless hailstorm of cosmic radiation. These potentially deleterious ionizing particles consist of highly accelerated protons, electrons, and neutrons originating mostly from other stars in our galaxy.

Our planet of evolutionary origin is also radioactive due to naturally occurring radioactive elements in the earth's crust such as: potassium-40, uranium-238, thorium-232, and rubidinum-87, and radium-226. In fact, the radioactive decay from uranium, thorium, and potassium may be responsible for 45 to 90% of the earth's internal heat source which is the source of earthquakes, volcanoes, mountain building, hot springs, and continental drift.

The human species is also internally radioactive due to the potassium in our bones which exposes our tissues to 0.4 mSv (40 millirems) of ionizing radiation. So being in constant proximity to other human beings increases one's exposure to ionizing radiation. 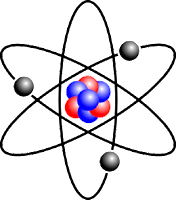 0.35 mSv Annual exposure to cosmic radiation in the state of Louisiana

1.20 mSv Annual exposure to cosmic radiation in the state of Colorado

0.30 mSv Annual exposure to terrestrial radiation in the state of Texas

1.15 mSV Annual exposure to terrestrial radiation in the state of South Dakota

0.07 mSv Annual radiation exposure to while living in a stone, brick, or concrete building

0.03 mSv Annual radiation exposure while living near the gate of a nuclear power plant

1.0 mSv Annual Limit of dose from all DOE facilities to a member of the public who is not a radiation worker

20 mSv Annual (averaged over 5 years) is the limit for radiological personnel such as employees in the nuclear industry, uranium or mineral sands miners and hospital workers

50 mSv Annual highest dose which is allowed by regulation of occupational exposure. Doses greater than 50 mSv annually arise from natural background levels in several regions of the world but do not cause any discernible harm to local populations.


Persons working at a nuclear facility are normally exposed to 1.15 mSv (115 millirems) annually. This would be the equivalent of living in the state of Ohio where Americans there are exposed to an equivalent amount of cosmic and terrestrial radiation and below that of states like Colorado, Wyoming, and Utah where one receives a lot more background radiation.

But what about a nuclear meltdown?

Thanks to the fact that US reactors are housed in huge protective containment structures, the nuclear meltdown at Three Mile Island exposed nearby residents to only 0.46 mSv of acute radiation. That's nearly five times lower than receiving a gastrointestinal medical X-Ray and more than 100 times below the level of cancer causing radiation. But the new generation of nuclear reactors such as the AP1000 and GE's ESBWR have core damage frequencies at least 100 to 1000 times lower than current reactors such as the LWR at Three Mile Island. But, again, even if a meltdown did occur, the public would be protected by the containment structures which are also designed to withstand an impact from a jet plane.

Again you write a very well crafted essay Marcel. I think you could make another article just on the subject of the chances of a nuclear accident especially with the new designs. As I figure it, your chances of winning the lotto are about a 1000 times better than an AP1000 meltdown.

Thanks for the comments Jason.

Even though containment structures have a 95% chance of containing a meltdown, the frequency of meltdowns was still too high, IMO, for any major global expansion of nuclear power.

That's why I thought the pebble bed reactors might be the ultimate answer to nuclear safety.

However, with the extremely low core damage frequencies of the latest generation of LWR and BWR reactors, the entire planet could be totally powered by nuclear energy with very little worry about meltdowns for several hundred years and any breach of containment for several thousand years.


Of course, when large amounts of radiation did escape from a nuclear reactor (Chernobyl), less than 50 people died.