Sea levels are rising. And global warming due to the anthropogenic production of greenhouse gases appears to be the primary cause for the gradual increase in global sea levels. Ocean levels are currently rising at about 1.8 mm per year. However, along the US mid-Atlantic and Gulf Coasts, sea levels are rising at approximately 3 mm per year. In the geologic history of the Earth, there is nothing new about changing sea levels. But this may be the first time in the history of our planet that sea level changes may result from human activity. 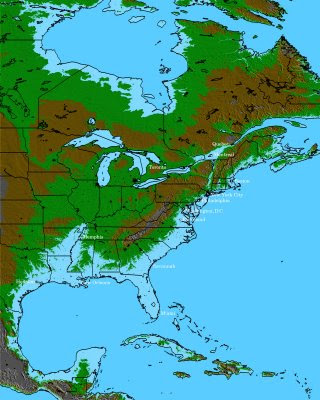 The dawn of human civilization coincides with the end of the last ice age and the beginning of a warmer interglacial period. Human civilization also arose during a time of rising sea levels that had already begun before the end of the Pleistocene. Since the termination of the last glacial maximum 20,000 years ago, global seas levels have risen over 120 meters. But an extremely rapid rise occurred between 15,000 and 6,000 years ago resulting in a 90 meter rise in sea levels. But in a mere 500 year period , global sea levels rose an astounding 20 meter (~ 4 meters per century/~ 1 meter every 25 years) just 14,600 years ago. So natural changes in sea level can occur rapidly! 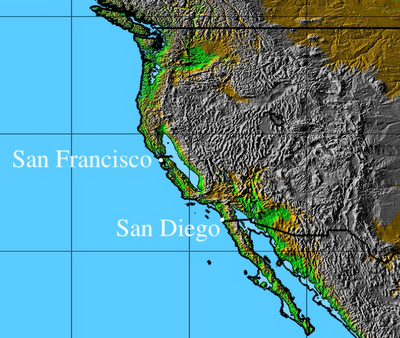 Carbon dioxide is the primary anthropogenic greenhouse gas being produced by human civilization mostly through the combustion of coal (35%), transportation fuels (36%), natural gas (20%) and the production of cement (3%). And any increase in anthropogenic global warming also increases the melting and evaporation of water, most significant natural greenhouse gas, which further increases global temperatures and the melting of the ice caps-- and the feedback evaporation of even more water! The latest ice drilling studies in the Antarctic indicate that CO2 levels are now substantially higher than they've been in the last 800,000 years, that's higher than the CO2 levels during an interglacial period some 390 and 550 thousand years ago when sea levels were between 17 to 23 meters higher than today. Just a ten meter rise in sea level would flood coastal regions in the US degree that it would cause the displacement of nearly 25% of the total US population. 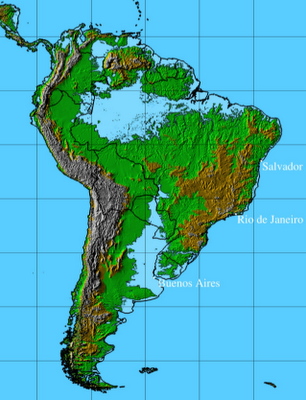 Methane is another anthropogenic greenhouse gas that has been steadily increasing in the atmosphere. Methane gas accounted for 20% of the cumulative greenhouse effect form 1750 to the year 2000. And methane gas has a global warming potential 23 times that of CO2 over a 100 year period even though methane only remains in the atmosphere for only about 8 years after decomposing into another greenhouse gas-- carbon dioxide. But humanity may be on the verge of releasing another enormous natural source of this super greenhouse gas.

Since the Industrial Revolution methane concentrations in the Earth's atmosphere has increased by 150% due to human agriculture, landfill creation, and fossil fuels. But these sources of methane are miniscule compared to the quantities of methane that could be released from the huge areas of permafrost on the Earth's surface. These permafrost stores contain vast quantities of carbon from dead plant and animal matter that could decay into methane as they thawed as the result of methane-producing microbes.

Many geologist suspect that it was the rapid release of huge quantities of methane into the atmosphere that caused dramatic increases in global temperatures in Earth's history. It is estimated that the Siberian Shelf alone contains some 1,400 billion tonnes of methane in gas hydrates, which is double the amount of carbon contained in all the plant life on the surface of the Earth. From 1974 and 2000, methane emissions increased by 58 per cent in the part of northern Siberia. The source of this new methane may be from the melting of these northern wetlands which could boost current levels of atmospheric methane ten-fold if it were to totally escape. Permafrost in the Earth's Northern Hemisphere is believed to contain at least 950 billion tonnes of carbon. 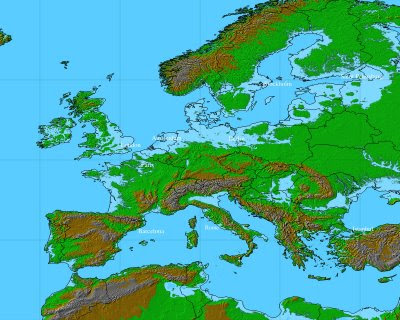 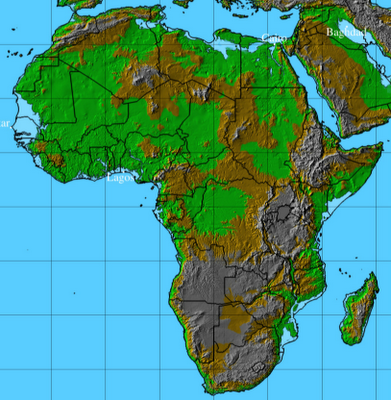 Africa after an 80 meter rise in global sea levels

A world completely devoid of polar ice caps would certainly not be the end of the world. But it would a a new world! It would be a world without cities like: New York, Boston, New Orleans, Houston, Washington D.C., Tokyo, Bangkok, London, Rome, Berlin. In the US, states like Florida and Louisiana would be completely underwater along with a good portion of the US Eastern and southern coastal states. California's agricultural breadbasket, the San Joaquin Valley, would once again become the San Joaquin Sea as it was back in the early Pliocene. Nations like Cambodia and Bangladesh would be almost completely underwater. Brazil's mighty Amazon River would be replaced by a huge inland sea.

But new ice free lands would be open for colonization by humanity in Greenland and Antarctica-- for those humans who would like to live in long periods of constant darkness or constant sunlight. 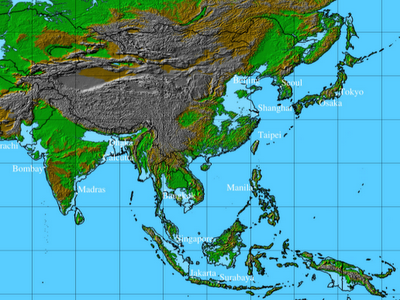 Asia after an 80 meter rise in sea levels 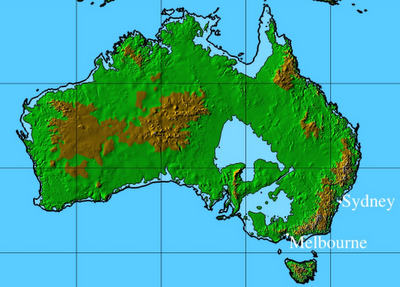 Australia after an 80 meter rise in sea level

With the coming of electric and Plug-in-Hybrid vehicles, a significant amount of petroleum fuel could be replaced by non-carbon dioxide polluting nuclear and renewable energy resources. Carbon neutral hydrocarbon synfuels can also be produced through nuclear and renewable energy resources. If there are fears about the potential dangers of nuclear proliferation then the nuclear power nations could export synthetic hydrocarbon fuels to nations without nuclear power generators.

But in order to avoid the worse case scenario and to minimize the economic and environmental consequences of climate change and rapid global sea rise on our planet, the world needs to move rapidly and aggressively towards a nuclear and renewable energy economy.

1. A sleeping giant? As the planet warms, vast stores of methane — a potent greenhouse gas — could be released from frozen deposits on land and under the ocean. Amanda Leigh Mascarelli reports on the race to understand a ticking time bomb.

5. A +20 m middle Pleistocene sea-level highstand (Bermuda and the Bahamas) due to partial collapse of Antarctic ice

6. List of countries by carbon dioxide emissions per capita

11. Gasoline from Air and Water

12. Gasoline from Nuclear and Renewable Energy

It's a scary thought to know that this is our future if we don't move at a rapid rate. The one thing that we all can agree upon is we are not doing enough.

It's all about politics. In Florida, the citizens are primed and ready to become a part of the solution. Already the Gainesville Feed-in Tariff for renewables have met it's quota for this year and next. Now eager participants go on a waiting list. And that is after launch one month ago. Our government can't keep up with the demand.

And yet they sit in Congress and twiddle their thumbs promising nothing more than balancing the budget.

The Obama administration needs to get serious about aggressively moving this nation from a fossil fuel economy towards a nuclear, renewable energy, and carbon neutral synthetic fuel economy. This can be done in less than 30 years, IMO, with a Federal expenditure of less than 50 billion dollars annually which is still smaller than the 60 billion dollars the US military spends annually protecting the Persian Gulf oil routes and of course tiny compared to the hundreds of billions we send to foreign countries every year for their oil. And of course this is nothing compared to the 100 billion a year we spent in the black hole called Iraq.

This can be done. And we need to do it!

Great post Marcel. I'm not sure how reliable climate models are. But given the extreme consequences, I'd rather err on the side of caution.